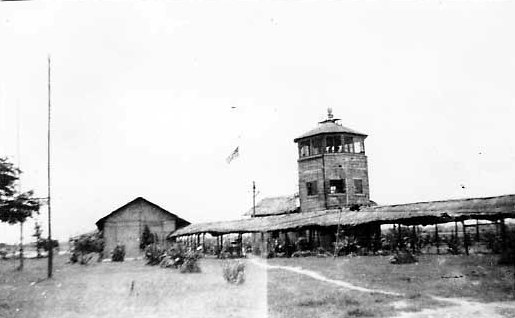 1327 BU, ASSAM – A 50-watt transmitter can’t quite compare with NBC or CBS but it is definitely better than none.

Anyway, that’s the opinion of the founder and program director of radio station VU2ZS, Sgt. Lawrence J. Fishman, and his listeners. And, if ambition is any indication of the future, the present 20-mile radius of the station someday will grow to an India-wide coverage.

Early in 1944, when the quality of motion picture films playing this circuit was low and touring USO shows were a rarity, the idea was conceived of building a small transmitter to lighten the dreary evening hours with popular band recordings.

Housed in the center of the enlisted men’s quarters, the 3-watt transmitter went into use. Though its beam was pitifully weak, noises from adjacent bashas were picked up by the mike and the innovation was a success.

In October, 1944, permission was received from the authorities to increase the power to 50 watts. This was the birth of station VU2ZS.

Using salvaged radio equipment, Sgt. Jay Bronson built the transmitter. A spacious brick building was pressed into service as a studio. Its interior displays a professional touch. Two studios have been constructed, separated by a glass panel, purchased at the expense of Sgt. Fishman. Studio “A” is the radio control room. Studio “B” is used for “live” programs.

With its present power VU2ZS is capable of beaming out 20 miles. The station is on the air 49 hours a week. At 9 a.m., dictation-speed news summaries are broadcast for orientation departments, with several more news periods through the day.

Other hit shows are songs by a popular quartet of Negro singers and hymns by the chapel choir, led by Sgt. B. Campbell. The swing variety consists of a jazz period featuring Cpl. Lee Gould and Turntable Tropics, a period of canned popular music. There are also summaries of novelty news happenings on the base and remote control broadcasts from “Grumman’s Assamese,” this base’s renowned outdoor theater.

This article originally appeared in the “Hump Express” newspaper by and for American Forces involved in the ‘Hump’ air bridge between India and China and published in India on February 15 1945. 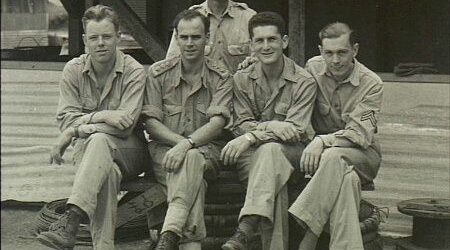 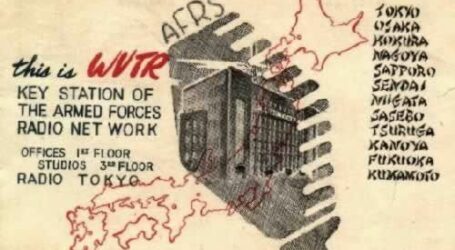