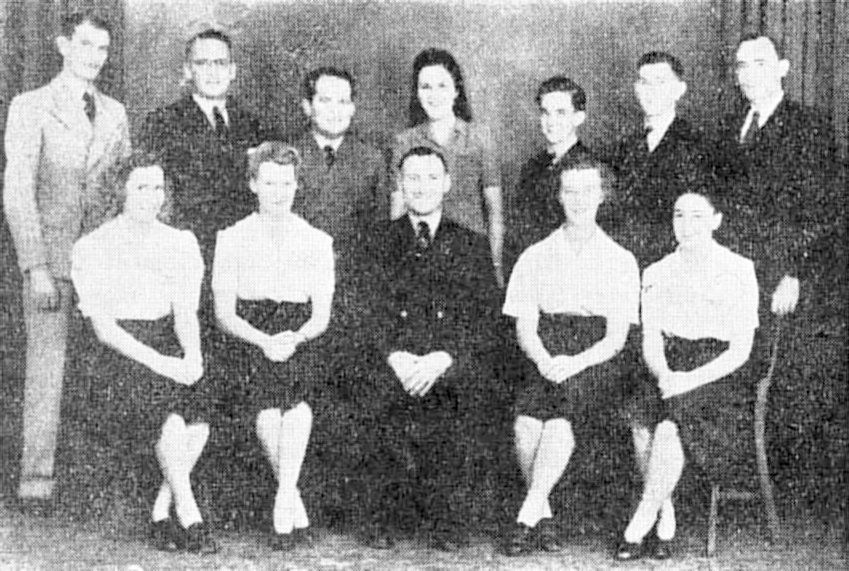 Station 2GF commenced operations on December 15th, 1937. It transmits on a Wave Length of 248 Metres (1210 K.C.’s). 2GF has made continual progress, and all of the best Shows are heard from this Station, either on Relay or Transcription. The Station takes a very active part in local affairs and renders many services to the community. It is situated in one of the wealthiest areas of the North Coast of New South Wales, and has become an integral part of the community life in Grafton and District.

Personnel of 2GF include:—

J. K. S. LOWE: Station Manager. Born May 10, 1915, educated at Sydney Grammar School, joined Stromberg-Carlson Limited in 1933, and remained with them until the end of 1934. Joined A.W.A. on June 29, 1935, and served on various Stations, including 2GN Goulburn, 2AY Albury, 4WK Warwick. Appointed Manager of 2GF during June, 1940. Mr. Lowe is the holder of P.M.G. Broadcasting Certificate and is Associated Member of the Institute of Radio Engineers. His hobbies include fishing, rowing, riding and bowls. He is a member of the Grafton Rotary and Apex Clubs. Married, with one son.

G. J. REDKNAP: Aged 25, educated and qualified as an Accountant before enlistment in 1940 with the A.I.F. Signals; served in the Middle East and in New Guinea and attained the rank of Captain. Began stage and Radio work as a hobby, and during the war conducted Concerts and Broadcasts in various Army Amenities Stations. Joined A.W.A. on discharge in December, 1945, and was appointed an Announcer at 2GF. Favourite sport is swimming.

C. R. HARDY: Born June 14, 1905. Educated at Woonona and Wollongong High Schools. Joined Public Service in 1923 and remained until 1927, when he entered his own business. In 1923 joined T. & G. Life Society and later was appointed Superintendent. In 1945 resigned to take up duties at 2GF Grafton as Announcer and Salesman. Sporting activities include fishing, swimming and riding. Married, with two daughters.

K. J. COLLINS: Born October 26, 1916. Educated at Chatswood High School and St. Aloysius’ College. Joined the British Solomon Islands Protectorate Government in 1940 and served as Radio Operator until 1942. Resigned on joining A.W.A., and was appointed to Station 2GF as Technician. Sports include swimming, shooting and bicycle riding. Married, with one son.

MISS B. CHARLESTON: Educated St. Mary’s College and Grafton High School. Joined 2GF in 1940. Later joined the A.A.M.W.A.S., and was attached to the 1st Australian Broadcasting Control Unit, doing general Radio work. Returned to Station 2GF in November, 1945, to take up the duties of Announcer. Miss Charleston is a keen horsewoman and golfer.

2GF Grafton The Voice of the Clarence, Broadcast Year Book and Radio Listeners’ Annual of Australia 1946-47.