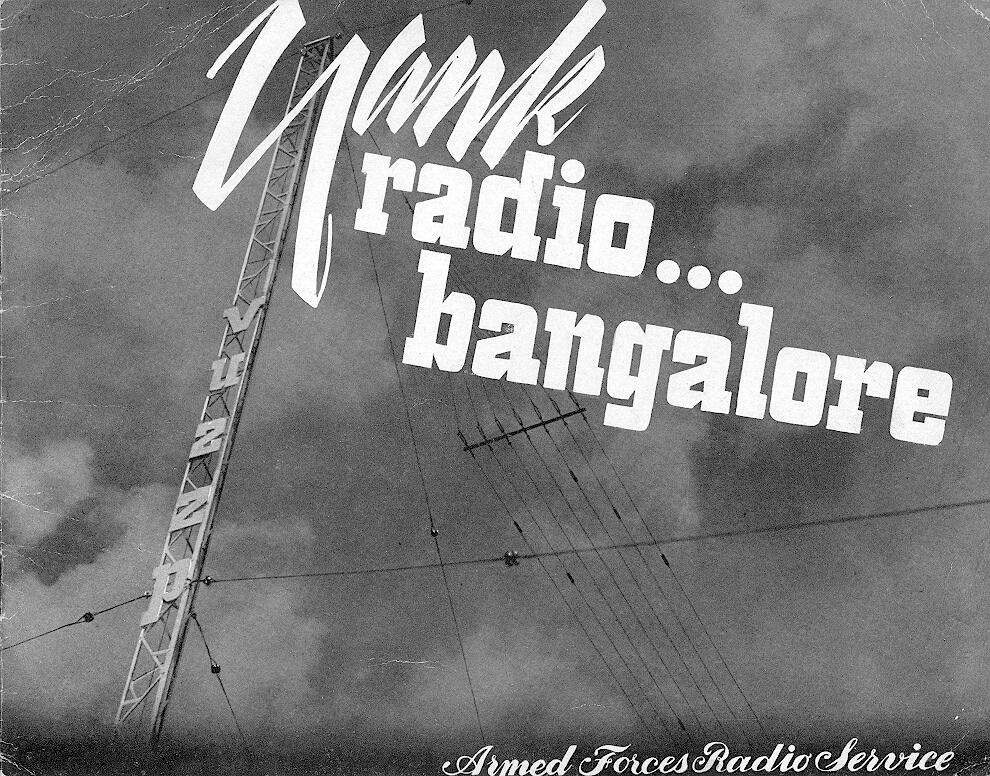 This is the Army! On 20th January 1945, Colonel Melville C. Robinson, then commanding officer of Southern India Air Depot, conceived the idea of installing a radio station at this base. In the Army, thoughts – at least, the thoughts of a commanding officer – quickly lead to action. The wireless hummed with an exchange of messages while technicians and experts converged on Bangalore and planes transported equipment. Then, on the twenty-ninth of January, for the first time over the air were heard the words “This is Radio Station VU2ZP in Bangalore beginning its regular schedule of daily broadcast…” These words were spoken by Burt Urdank, the station’s first announcer, until that instant a motor pool dispatcher. And so was a radio station born. The initial staff consisted of three men: the base adjutant, Lt. Richard Gajewski ; Urdank ; and a former personnel clerk, Art Tracy. But like Topsy, the staff “just growed” until, in November, nine men were engaged in the turning of dials, repairing of equipment, writing of scripts, programming, newscasting, announcing – all dedicated to the improvement, of our precocious war baby.

For the GI’s, for Allied troops, for civilians, hearing the voice of VU2ZP was discovering an oasis in an entertainment desert. Prior to this time, Bangalore had been out of range of any station on the medium broadcast band. The innovation was a boon especially to the American lads, who were starved for good entertainment, stateside style. Despite the untiring efforts of the Special Service Office, USO troupes rarely made the side trip to this sector; talent among the soldiers themselves was sparse; movies were good but afflicted with combat fatigue by the time they reached this outpost; reception for short wave was poor and the type of programs presented not to American taste. So it was that entertainment from home came as yeast to the morale dough of our boys.

Captain Thomas Wade, Post Engineer, and his assistant, Sergeant Thomas P. Sullivan, went to work immediately on the conversion of an unused storehouse into what eventually emerged as the home of VU2ZP. Alterations were still in progress when the time came for the first broadcast. Subsequent programs for several weeks were presented from one small room. February 18, the station blossomed forth in all its glory as a modern, well-equipped broadcasting center, consisting of two studios, reception room, office and transmitter room. Through the co-operation of American civilians of Hindustan Aircraft Ltd., materials were obtained for sound-proofing of the structure. To these American civilians much credit is due for its ultimate completion.

Installation of equipment and solution of technical problems were handled by Capt. Robert L. Black, Radio Officer of the India-Burma Theatre, on a flying visit from his headquarters in Delhi, and two Signal Corps technicians, Sgts. Henry Alto and Howard T. MacFarland.

Overnight VU2ZP began to grow like an Assamese bamboo shoot. As the transcription files became more voluminous, the need for a studio librarian was voluntarily filled by Gordon Seopa, base Chemical Warfare walla. From Calcutta came Kenn Haven, in civilian life an announcer for Radio Station WTCM, Traverse City, Michigan. Haven’s knowledge of production technique proved a welcome addition to a relatively inexperienced staff. To assist in the ever increasing maintenance task, Bill Keating threw his screw driver and pliers alongside those of MacFarland. When Fate called Lt. Gajewski elsewhere, Major Robert Reynolds and Captain Gilbert Croft joined the staff as Information and Education Officer and Officer in Charge. The end of the war sent homeward Kenn Haven, whose spot was inherited by Bob Zelony, erstwhile bomb-sight expert. The finishing line-up exemplified the Army’s unique faculty for creating a smooth team, drawn from every corner of the country and every walk of life.

Augmenting the canned programs which were flown from the States, across one ocean and three seas to Bangalore, the staff introduced several features of its own making. First of these were two request programs. Audience reaction soon necessitated the extension of broadcast time on both “Sunrise Serenade” and “Strike Up the Band” from the originally allocated thirty minutes to an hour each. Among the return addresses on the daily influx of request letters headed stationward were those of British and Indian service people. More than a thousand individuals had their birthdays high-lighted by dedications on the request programs. Many budding romances were nurtured into flower by a “Cupid behind the microphone.” Frequent tongue-twisters such as “For Minoo Dotiwalla and the rest of the Vattish gang from Gor” were taken in stride by our sterling announcers.

For local flavor, Art Tracy evolved “What’s The Answer?”, a novel program which featured mental gymnastics by local quiz wizards. The incorporation of humor, education and human interest into one half hour show proved a successful formula.

When George Formby, Britain’s leading musical comedy star, paid a hurried visit to Bangalore, time would not permit personal appearance before all the Allied troops in the area. PRO Major L. E. Little arranged for the facilities of VU2ZP to be made available for Mr. Formby so that he was enabled to reach many thousands of troops in South India. Entertainment by travelling and local musical groups filtered through the station’s microphones from time to time. Each Sunday was observed with a half hour chaplain’s program.

During the lifetime of the station, word of countless world-shaking events was relayed to an eager listening audience by newscaster Kenn Haven. Source of the bulk of news bulletins was the teletype facilities of Army News Service. The dramatic highlight of the station’s career climaxed a ninety-six hour vigil when VU2ZP scooped all India with the history-making news of Japan’s capitulation. For four nights, Sam Boyd voluntarily monitored the short wave channels. At 0535 of August fourteenth the long awaited news that Japan had accepted the Potsdam terms flashed to us. Minutes later innumerable loudspeakers crackled as the voice of VU2ZP proclaimed the epochal tidings. As the word spread from mouth to mouth, Bangalore became the first major community in India to learn of the surrender.

Today, as this brochure is “put to bed,” VU2ZP has signed off for the last time. We are fully conscious of the debt we owe to those who have passed our microphones, those who assisted in the development of the station, and those who found enjoyment on the receiving end of our broadcasts, To them, we dedicate this book.

This brochure was produced by the staff of VU2ZP as a souvenir of their broadcasts to the city of Bangalore, India.

It’s been made available thanks to Patricia Dabbs, daughter of Art Tracy, one of the first three broadcasters at VU2ZP.

The others are: “VU2ZP Southern India Air Depot, Bangalore” and “This is Radio Station VU2ZP in Bangalore”. 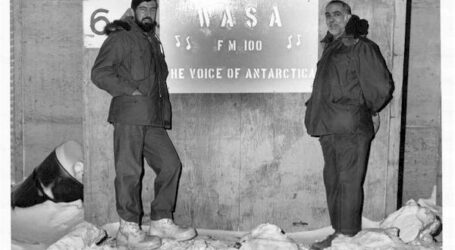