Papakowhai unlikely base for US indie rock station

Everything may be bigger in Texas, but it’s not necessarily better – which is how a popular radio station came to be on the airwaves out of Papakowhai.

AndHow.FM broadcasts to 20,000 international listeners a month online, and 12,000 people can pick up its FM signal in Titahi Bay, Plimmerton, Mana, Camborne, Papakowhai and Pauatahanui.

He started his popular internet radio station, then called AndHow Web Radio, in Bridge City, Texas, in 1998 and soon had a strong following and 12 staff producing shows. However, US broadcast licensing laws did not recognise internet radio at the time, so the station was unable to sign on sponsors or advertisers.

In a bid to grow the station, Mr Brennan moved his life to New Zealand in 2001.

“Here in New Zealand they didn’t have those kind of rules, so I thought I’d move it here,” he says. “I knew New Zealand was a place where they tested new technology.”

It was not smooth sailing Downunder unfortunately. Radio insiders warned Mr Brennan US stations rarely took off here because Americans mangled the pronunciation of Maori words, and as work commitments grew, Mr Brennan canned the station. It hurt.

In 2008 he decided to reignite his passion, and now spends 30 hours a week producing shows and choosing music for the station out of a tiny studio in his Papakowhai home, working his hobby around a fulltime IT job at Victoria University.

His philosophy is now to keep the station small, alternative and free of ads.

“I have been wanting to do this since I was a small child. That’s what keeps me going. It’s just the love of music. We’re a non-com [non-commercial] station, and non-coms are becoming the alternative to [digital music services] Pandora and Spotify. We’re not an automated computer. It’s hand-picked, put together by people, played by people.”

While most of his listeners are based in America, Europe and Asia, Mr Brennan is working to bring more of a Porirua community flavour to the station. He takes local requests, introduces new Kiwi songs to the playlist , and is keen to get more Porirua DJs on board.

107.5 AndHow.FM can be picked up around the Porirua Harbour and Pauatahanui inlet. It is streaming online at andhow.org. 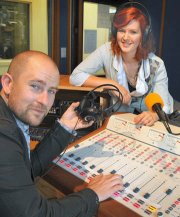 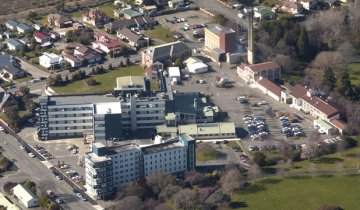