An ailing radio station given $300,000 a year in government funding to play exclusively Kiwi music will bow to commercial reality today and play overseas bands.

MediaWorks Radio, which operates the ailing Kiwi FM station, announced yesterday that it would play 40 per cent international music in a bid to boost audience levels.

The announcement came the day after a sold-out crowd of 17,000 packed the Wellington waterfront to see 43 New Zealand acts perform at the annual Homegrown festival.

The station, which receives $300,000 a year from New Zealand on Air, never reached above 0.4 per cent of the listening audience and was currently at 0.1 per cent, Andrew Szusterman, of MediaWorks Radio, said.

Broadcasting Minister Craig Foss, who found out about the change from The Dominion Post yesterday, said he would be in Wellington today and look at the situation.

“I will be asking of my officials that all existing agreements with them are being adhered to and, if not, further discussions need to be had.”

There were not enough radio-quality acts in New Zealand to keep a station afloat. “The quality [of New Zealand music] has got better … but there’s not a huge number of acts.”

Loop record label founder Mikee Tucker, who does a show on Kiwi FM, said the move would only benefit New Zealand music as musicians had to measure up to overseas standards. “… you have to accept we are in a global market.”

Kiwi FM was launched in 2005 but failed to gain a large-enough audience and the next year the Government stepped in to save it by giving it new FM frequencies.

The move was criticised by musicians, saying the frequencies had been set aside for the youth radio network.

But the station said the situation had been misunderstood: “They are providing the studios and facilities to continue broadcasting a 100 per cent New Zealand-music station.”

Mr Szusterman said yesterday: “We know that audiences enjoy hearing their favourite New Zealand artists mixed in with international artists, so from now on Fat Freddy’s Drop, The Naked And Famous and Kimbra will play alongside international artists such as Radiohead, Lana Del Rey and Phoenix.

“The music industry has changed and the way that people listen to music has changed so much.”

Ryan Prebble, of Wellington band The Nudge, says Kiwi FM plays a lot of New Zealand music that otherwise might not get radio time. “I don’t know if it’s such a good thing. I think it’s awesome to have a station playing just New Zealand music.”

Barnaby Weir, frontman for The Black Seeds, which drew massive crowds at Homegrown, says: “I think there’s a market for a totally Kiwi frequency but it’s about dollars and cents at the end of the day. Look at Homegrown … there is the demand.” 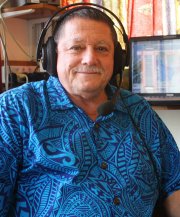 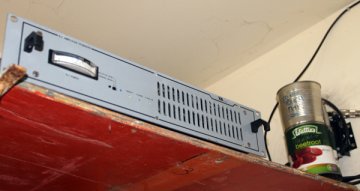 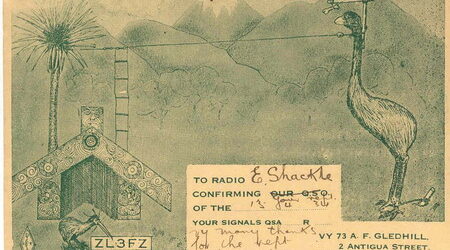