One of New Zealand’s best-known broadcasters and colourful radio personalities has died.

Paddy O’Donnell, 65, had a career spanning more than 40 years in radio in New Zealand and Australia, as well as stints compering television series, including Top Town.

He died on Tuesday night after a long battle with cancer.

He was one of the radio pirates who took to the Hauraki Gulf in the ship Tiri to challenge the state radio monopoly. He broadcast on Radio Hauraki for about a year before returning to the New Zealand Broadcasting Corporation.

Former Radio New Zealand network manager Johnny Douglas, who worked with Mr O’Donnell for about 40 years, said broadcasting as the boat was being tossed around on the gulf was “no bed of roses”.

Mr O’Donnell was a radio reporter when the Wahine sank in Wellington Harbour on April 10, 1968, and is well remembered for his graphic descriptions as people tried to rescue passengers from the ship foundering off Barrett Reef.

He presented New Zealand’s first talkback show on 2ZB in 1968 and was fronting it in 1974 when Radio Windy arrived on the scene.

His well-known radio racing show, which he shared with Peter Kelly, Keith Haub and Mary Mountier, ran on the ZB network for many years. He went on to establish the Radio Pacific Racing Service.

Mr O’Donnell worked in Australia for 10 years before returning to New Zealand in 1998, when he established a small community radio station on the Kapiti Coast.

Retiring in 2002, he moved back to his home town of Wanganui. His funeral will be held at St Anne’s Catholic Church in Wanganui East on Saturday, starting at 10am.

his material remains © Fairfax New Zealand Limited and is only to be used for non-commercial personal or research use. Any other use requires permission of the copyright holder. 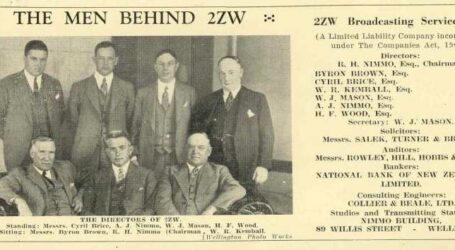 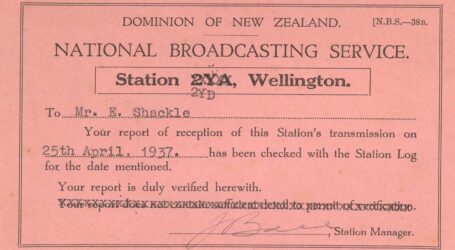