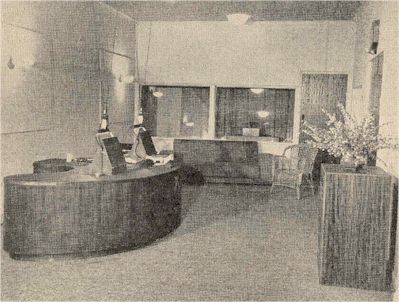 Have more information about any of the 7LA staff listed in this profile [photos, recordings, memories or stories]?
Please contact us and help build our on-line virtual archive about 7LA and early Australian radio.

Findlay and Wills Broadcasters Pty. Ltd. holds the licence of 7LA, “Launceston’s Original and Feature Station,” with offices and studios in Findlay’s Buildings, Brisbane Street. The modern A.W.A transmitting plant is on an elevated site, three miles from the business centre in the outer suburb of Prospect.

Under the direction of “Jean” (Miss J. CLEARY) the 7LA Women’s Association, which was formed in 1938, has been very active. Besides its social activities, it has done much valuable work in the community, notable among which is the raising of funds for philanthropic purposes. During the entire period of the war money has been given to local patriotic organisations, amounting to considerable sums.

The Juvenile and Girls’ Clubs conducted by “AUNT CELIA” (Miss E. PEARN) have a joint membership exceeding 6,000 members. Regular studio concerts are held, in which the kiddies provide the entire programmes. There are also social nights, when they are entertained with games, dances and home-made suppers. Following the policy of the station to cater for the younger generation, 7LA formed some years ago a Boys’ Club, which now has a thriving membership of well over 4,000.

One of the longest unbroken programmes in Australia is the weekly presentation of Sunday Choruses. Since the session was commenced over 14 years ago Mr. J. S. Forward has become known, throughout Tasmania and mainland States, for his work of sending messages of cheer to folk in hospitals and their relatives. This is one of the most consistent broadcasts on the air. It induces mail not only from all parts of Tasmania, but also from Victoria, South Australia and New South Wales.

Among the most successful broadcasts from 7LA is the Crippled Children’s Appeal. It is held annually and is handled in a bright and breezy manner by a well-known Launceston personality, Mr. W. D. (BILL) PIERSON. To date, the Appeal has benefited by an amount conservatively estimated at £5,000.

7LA affords the local and national business community the latest in transmitting and studio equipment, thus ensuring maximum results from the time occupied. A new recording department has recently been completed with dual recorders designed by the engineering department. This plant is capable of handling 33 1-3 and 78 rev. Standard, and the more recent wide range, high fidelity “Pre-Emphasis” recordings.

A day’s programme from 7LA contains on an average 30 features, embracing something for all tastes in music, drama, comedy, romance and sport, besides flashes of special interest and up-to-date news services supplied by the “Mercury”. 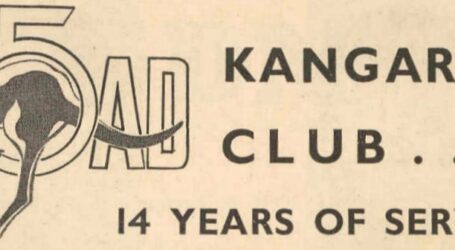 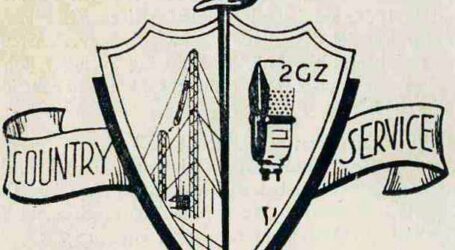