Fresh 92.7 FM of Adelaide, Australia, is more than just a radio station. Dedicated to educating, empowering and entertaining Adelaide’s young community, Fresh likes to think of itself as an identity and culture that the local youth can call their own. And, Fresh stays true to its community roots with the station relying on a team of dedicated and passionate young volunteers.

This sense of community was put to the test during a four-week ‘TransMISSION’ fundraising campaign, that saw the station meet its fundraising target of $88,000 to purchase a new Nautel NV7.5lt transmitter and other required studio gear, on the final day of the campaign.

When asked why they picked the Nautel NV7.5lt transmitter, Troy Sincock, Fresh’s General Manager said, “The Nautel was chosen based on an industry trend that is emerging in Australia with ARN [Australian Radio Network] installing Nautel transmitters around the country, and Broadcast Australia showing clear interest. Also, Southern Cross Austereo recently purchased 30 transmitters for roll out across the country. Such a large install base of the same model transmitters will result in a clear understanding of their operation among the industry and heaps of spare parts.”

Sincock also liked the fact that their 7.5 kW transmitter can be easily upgraded to 10 kW in the event they obtain a higher power license later on. In addition, he noted that a higher-powered transmitter will provide better output in the event of a module failure.

Sharing his experience about the ‘TransMISSION’ campaign, Sincock said, “What an incredible rollercoaster ride! We got off to a shaky start with the website struggling to withstand the impact of the donation activity, but our generous listenership started coming out in force with over $20,000 in the first week. Three weeks in and Fresh sponsor, Police Credit Union, put an extraordinary $22,108 on the table, big novelty cheque and all!”

Police Credit Union CEO, Costa Anastasiou, joined Fresh’s Kat Leese on ‘Kaboom’, the station’s Drive show, stating, “We’re pleased to be on board, to help you guys continue transmitting. You guys share some really important values like honesty, integrity, but importantly community and youth is really important so we’re here to support you.”

Sincock adds, “With one week to go, our supporters came home strongly with over $14,000 donated on the final day including $5,000 from Adelaide City Council, and Timms Real Estate respectively, and some sizable donations from individual listeners. Then, in the Kaboom show, Costa from Police Credit Union was back on the phone with the final thousands to get us over the line and celebrate with a serious in-studio celebration, party poppers and all!”

The passion and commitment displayed by the whole Fresh team was something to behold throughout the entire campaign. I was truly humbled by the extraordinary generosity of listeners and members. For those who donated, whether it was $5 or $1,500 your kind gesture was duly noted. This meant an incredible amount to me personally and has genuine impact on the future of the station. Presenters did an outstanding job on-air, finding creative ways of consistently delivering the same message – which can be an enormous challenge. The stories from listeners and presenters own meaningful connections to the radio station put an honest human face to the campaign.”

Even more rewarding than achieving their target, the TransMISSION campaign demonstrated the strong bond between the station and their audience. “The campaign repositioned Fresh 92.7 back to its rightful place – an engaging youthful product with great music that’s embedded in the local community” shared a proud Sincock.

The station’s engineering department installed the new Nautel NV7.5lt transmitter during the weekend of October, 25-26, going live on Wednesday, October 29, 2014. A smooth installation was achieved under the guidance of Trevor Harwood, TJH Systems, with all three stations (including 5EBI and Three d) that share the transmission hut located on Mount Lofty.

Sincock was on site during the install, “We received great customer service from Karen Olliver, General Manager of Innes Corporation throughout the process of acquiring our new Nautel transmitter. It was wonderful to have Karen on site at Mount Lofty during the switch over, and Nautel’s Regional Sales Manager, John Abdnour doing the honours, marking the next phase of Fresh 92.7.” 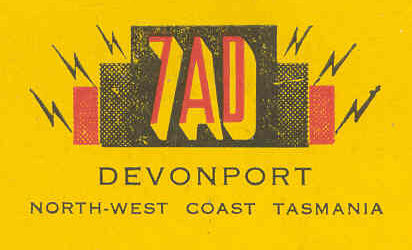 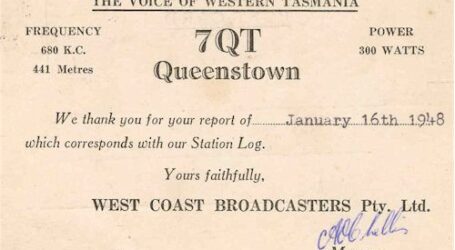