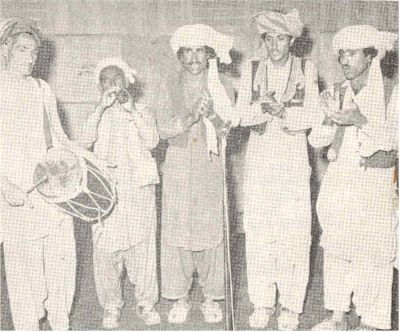 The main highway running from the Khyber Pass into the city of Kabul (KAH-b’l) runs through the suburban area of Yakatut (YUCK-a-TOOT). Stretched across the highway on the outer edge of Yakatut were the antennas for the shortwave service of Radio Afghanistan.

It was back in the year 1925 that a small longwave transmitter was imported from Russia and installed in the palace of the king on the edge of Kabul. In addition, a consignment of crystal wireless sets, ultimately 1,000 in number, was also imported and these were distributed throughout the city. However, in the year 1929, this transmitter was destroyed during civil disturbances in the city.

Four years later, in 1933, a German made Siemens transmitter was installed in a new building at Yakatut, an outer suburb of Kabul. This huge mediumwave unit, variously described as 100 kW, 50 kW and 25 kW, was installed inside a series of cages on the top floor of this new building.

Seven years later, this huge old unit was replaced by another 20 kW unit on the ground floor of the same building, and in 1970, this one was replaced by yet another unit, made by BBC in Switzerland. However, all throughout these eras, the original old unit in the cages was kept alive with test transmissions each Tuesday evening.

A second building was erected at Yakatut back in the middle of last century to house a series of transmitters for use in communication traffic, both within Afghanistan and with countries in Asia and Europe. Half a dozen medium-powered transmitters have been housed in this building, some of which were also used at times for program broadcasting.

Back in the year 1948, a series of program broadcasts from two different locations in Afghanistan were heard in Australia. One station was located in Herat (hay-RAHT), and the other was probably a utility transmitter located at Yakatut near Kabul. These hour long broadcasts were on the air two days a week in local languages. It is probable that these test broadcasts were intended as a prelude for the establishment of a new shortwave service for local and international coverage.

A little over a year later, the Director General of Broadcasting in Afghanistan went to Berlin seeking German assistance in establishing the projected new shortwave service. Ultimately, a third new transmitter building was constructed at Yakatut with three shortwave transmitters from West Germany, rated at 20 kW, 50 kW and 100 kW. The antenna system for this new shortwave service under the callisgn YAK was constructed on both sides of the highway, with several aerials stretched over the highway itself.

The showplace radio station at Puli-Charkhi was constructed in 1964, along with the two storey studio building at Answari Wat. However, in the ensuing fighting after the Russian invasion in 1979, most of the radio facilities at all of the various locations were damaged and destroyed.

Meanwhile, in an unexpected move around mid year 1979, the radio world suddenly discovered that Radio Afghanistan was on the air via relay stations in Russia. At least four different locations were on the air over a period of 12 years.

As time and turmoil went by, the shortwave transmitter base at Yakatut was again damaged and destroyed, and two new units at 100 kW were imported from Russia. Again, these were badly damaged in subsequent fighting. It would appear that one of these units was refurbished by the Taliban, and this is the unit that has been on the air as “The Voice of Shariah” (SHAH-ree-ah).

In a dispatch from Jose Jacob in India, he states that the newspaper, “Times of India”, reported that the “Voice of Shariah” was on the air now from another location. Next day, Jose reports hearing ‘The Voice of Shariah” at a lower level.

However, CNN news states that the radio stations near Kabul were destroyed in subsequent bombing raids, and both Victor Goontelilleke in Colombo as well as Jose Jacob in India note that the “Voice of Shariah” is no longer heard on shortwave.

In the latest episode of events in the radio scene in Afghanistan, as heard on CNN, it is probable that by now the American “Blue Eagle” aeroplanes are on the air to Afghanistan. Mediumwave coverage from ground-based stations is also planned.

Dr Adrian Peterson is a board member. This article was originally a radio script broadcast in September 2001.