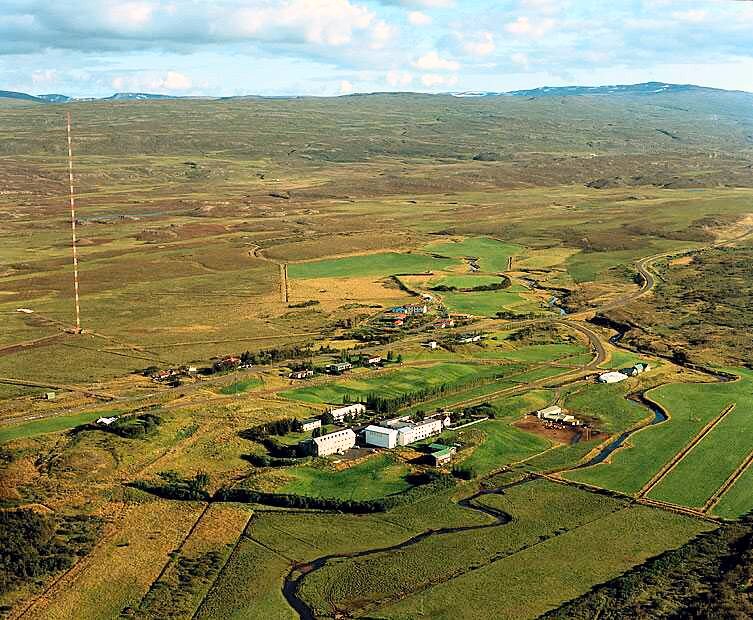 In 1973, the LW station of ISBS had a lower powered 20kW outlet at Eidar on the same frequency as Reykjavik © forum.skyscraperpage.com

After spending Christmas and New Year in London at 23 years of age, I visited Heathrow airport in 1973, purely for something to do. Two hours after arriving at Heathrow, I was on a plane to Iceland. I first visited a local family on Vestmannaeyjar Island off the South coast of Iceland (I had earlier met them in Mount Isa, Queensland, Australia, where they were holidaying). Two days later I was hurriedly evacuated back to the mainland due to the Heimsey volcano eruption, which destroyed half the town.

Back in the capital, Reykjavik, I visited their radio station, which appeared to be one of only three in the country. This was a Government owned station (There were no private stations until 1986). They had a relay station which also had some local programs in the North of the country at Akureyri, near the Arctic Circle. The third radio station was at Keflavik, one hour West of Reykjavik, which was the location of the Icelandic International airport. This airport was also an American air base and the radio station was operated by the AFRTS.

I started hitchhiking around Iceland and eventually ended up at Akureyri, near the Arctic Circle. I introduced myself as a radio announcer from Australia, while visiting their radio studios, and was immediately offered a job. I did 1pm-5pm six days a week, presenting the “latest’ releases. This wasn’t easy as the “latest” releases were hard to come by due to a lack of funds. Occasionally I would order some 45’s from London for my own use.

Much later, when their severe winter hit, I resigned, but the manager told me to go to Reykavik where I could have a similar shift. This I did, but flew back to London two weeks later when winter arrived in the South of Iceland. I left my 45’s with the station.

Akureyri is known as the ‘Capital of North Iceland’ and in spite of cold winters, has an ice-free port and the main industry has been fishing for many years. Allied forces including the Royal Norwegian Air Force based here in WWII provided air cover for the North Atlantic convoys and the supply convoys to Murmansk in the Soviet Union.

The ‘latest hits’ from Bruce included:

Bruce was the youngest DJ in Australian commercial radio on 2KA Katoomba and after many years on air now conducts broadcasting heritage research, has published the well documented and illustrated Australian Radio History [now 5th edition] and is a member of the Radio Heritage Foundation Advisory Group. 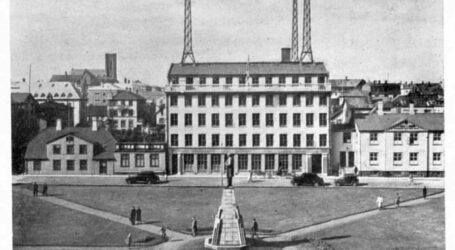