A fine-arts station since its debut, WFMT-FM Chicago has always had a reputation for classical music and utmost audio quality. Station engineers once designed their own audio processors because nothing on the commercial market was acceptable to them, nor did they air commercials on tape cartridges.

Launched in 1951 by classical music lovers Bernard and Rita Jacobs who guided the station its first 15 years, Chicago Educational Television Association/WTTW has operated WFMT since 1970. Over the years, the station has grown to offer some of its programming nationally, such as Jazz with Bob Parlocha, The Beethoven Network, and syndicates many other short-form products such as symphony orchestras and operas.

Today WFMT is equally concerned with audio quality and has chosen the Nautel NV-40 to upgrade and initiate HD Radio™ transmission. Chief Engineer Gordon Carter, who celebrated his 40th anniversary with the station this year, has an industry-wide reputation as an expert on audio and processing, and has made numerous industry presentations on the subject.

Why did WFMT choose Nautel’s NV-40 transmitter? Carter says the reasons were reliability, sound quality and a general preference for solid-state. He says, “With tubes, pretty much if anything goes wrong, you’re off the air. With solid-state a lot of things can go wrong and you’re still putting out some signal. You can lose a module or power supply and still not be off the air.” Reduced long-term maintenance costs and the headroom to increase HD Radio™ power to -10 dBc, if approved, are additional reasons for Carter’s choice of Nautel.

Carter had been looking for some time but culminated his transmitter search at the 2008 NAB convention. He and his boss, Window to the World Communications President and CEO, Dan Schmidt, went to the show to take a final look and move forward with the purchase. Appointments were made with the major HD Radio™ transmitter manufacturers, but Carter says the competition was lackluster once they saw the new NV-40, the most powerful single-cabinet FM transmitter in the industry. Mr Schmidt told Carter that the major focus should be on redundancy, reliability and solid-state, and after seeing Nautel’s NV-40, he told Gordon to “make this work within the budget”.

WFMT had some other important criteria. The Willis Tower is a busy and expensive location – rent is by the square foot, so transmitter size is important. The compact design of the NV-40 along with its relatively light weight compared to some other models fit the profile for floor loading requirements. Additional space is saved due to the NV-40’s built-in redundancy – WFMT presently operates with no auxiliary transmitter since installing the NV-40 in April 2009.

As an early adopter of the NV-40, Carter suggested some engineering improvements which have now been incorporated into the NV Series. One is an option to place the circuits powering the controller and exciters under a UPS for both stability and more rapid re-starts after “power bumps”. Carter says, “We have serial number 4, this is a new product; it was a lot less troublesome than it could have been, and has fully met my expectations for both quality manufacturing and sonic excellence”. He says he’s been complimented by both listeners and competing market engineers on the HD Radio™ sound quality. With the Nautel NV-40, WFMT’s reputation for excellence remains at an industry pinnacle.

Nautel Memorable Radio stories are supplied by Nautel as our first Content Partner to bring you a wider range of radio related stories from around the globe. All focus on how the needs of listeners in local communities worldwide are being served by Nautel, a long established and well respected Canadian business.

You can subscribe to the Nautel Wave newsletter to keep up to date with their latest news and new products by simply clicking on their logo right here: 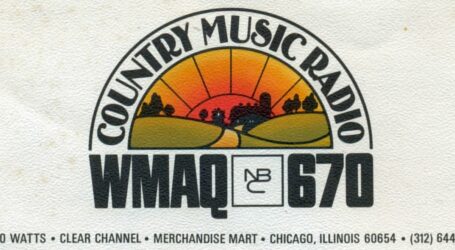