Musical memories on the Sunshine Coast

On the Near North Coast during the late 1950s and early 1960s, a shift in population towards the beachside towns becomes apparent as tourism began to take off.

Many families from the farming communities, mostly in the hinterland region, also enjoyed the coastal beaches of the region and became surf lifesavers.

As the sport of surfing became popular, many took up surf board riding as well.

Evening entertainment included picture theatres and drive-in theatres, but the teenagers and younger generations at that time wanted to dance and listen to the music of their generation.

Jimmy Kerr and his local band organised Hawaiian dances during the late 1950s and together with his Hawaiian band, he performed at venues including hotels and service clubs throughout the North Coast region.

Surfing had a real connection with Hawaii and Jimmy’s dances became very popular with the younger beach goers as local surf culture was just starting to gain momentum.

The Top 40 songs played on the radio and on later TV shows like Six O’Clock Rock and Brian Henderson’s Bandstand in the late 1950s were extremely popular with teenagers too. The louder the music, the better, was how the culture saw it.

Go go dancing was also popular with the young crowd.

Radio 4NA started operations in October 1964 as the first commercial broadcasting station on the Sunshine Coast.

The Coast had experienced tremendous growth and a construction boom during the period of 1967 to 1975.

Holidaymakers, mainly Brisbane residents on long weekends, packed the camping grounds, holiday houses and flats all along the coast.

School holidays in the winter month, saw the Sydney and Melbourne visitors coming to the region to escape the cold weather.

Things were changing and the volume of music coming out of some of the local venues was perhaps frowned upon by those of the more mature generations.

The Sunshine Coast had a rich musical history during this time.

Over the years there had been more traditional dances, but the 1960s saw a new style of beat.

A four-day Eisteddfod music festival aimed to develop and present the cultural talents of young people of the district.

The annual event attracted a large crowd and featured the Mercy Beats and Salvation Army Band, together with choral numbers by the local senior and junior mixed choirs.

In the 1960s, the Mercy Beats was formed by Major L Gilbert of the Salvation Army Nambour Citadel.

They played and sang religious tunes in a modern style and performed at a variety of functions and community events, including youth rallies.

Pop music was popular and teenagers, if they were lucky, had a record player or a battery operated transistor to listen to their favorite radio station.

They became a big drawcard on the local scene, performing at a variety of venues and functions, including go go and rock and roll jive dance nights at civic and showground halls, hotels and club houses.

Their taped song was played on 4NA radio and in 1967 they won the Nambour Battle of the Sounds.

There were only a handful of surfers living locally during the early 1960s and when Caloundra’s Ma and Pa Bendall took up surfing in their early 1950s, they were the oldest surfers out catching waves.

They were the mother and father of surfing on the east coast of Australia.

Surfing was here to stay and with it came a dance known as the Stomp.

Little Pattie’s “My Blonde Haired Stompie Wompie Real Gone Surfer Boy” was a song ideal for the new dance which all of the surfing teenagers loved to do.

The Stomp was a new craze and the old beach halls with their wooden floors were jumping.

These times were new and exciting for the youth who attended the dances and appreciated a different style of music.

Surfing did not have a good name at times due to the surfers having long hair and wearing unusual clothes.

Surf lifesavers and the surfers were rivals during that time.

Pa Bendall formed the invitational “Moffateers” in 1966 as a club to promote integrity and sportsmanship and he encouraged the surfing youth of the Sunshine Coast to maintain their good character by offering them free membership to the club.

Rock and roll was here to stay and surf musical groups hit the stage.

If you lived on the Sunshine Coast during the 1970s and the 1980s, and loved to rock, you might have danced the night away at the full moon dances held in places like the Verrierdale Hall.

Further down the coast was Chifley’s Hotel at Alexandra Headland later known affectionately as Thomo’s Pub where young people of the Sunshine Coast went to hear some of the best rock musicians of the time.

Chifley’s Hotel was built by Sunshine Coast’s Roy Thompson and opened in December 1974.

During the late 1970s into the 1980s some of the Coast’s favorite musicians formed bands.

Doc Spann on harmonica, saxophonist Geo Heathcote as well as the cheeky performance poet Bobby Lees were not to be missed.

They all performed at coastal venues and country halls and some of these musicians still perform at times here on the Sunshine Coast.

Rock bands provide entertainment and venues still rock to the sound of new forms of surf or rock music appreciated by the youth of this era.

Every community has its constants and for the Sunshine Coast, the local radio station is definitely one of them.

The region was still known as the Near North Coast when 4NA Nambour first hit the airwaves on Thursday, October 9, 1964. Since then, the broadcasters have been 4SS, 4SSS, New Mix 93 FM and now the popular 92.7 Mix FM.

Locals remember 4NA Nambour for its music and generosity to local community groups. It was common to hear funeral announcements on the radio each morning and a farmers’ report on a Saturday.

And who over the age of 40 can’t remember being glued to the radio, waiting to record the latest hits on a cassette recorder?

These days, Mix-FM caters to all ages with a mix of fun local personalities, community involvement and the greatest hits from the past 50 years.

And the generosity which began all those years ago is still evident.

“It all started in 1999 when my on-air partner at the time, Peter Lang, and I discovered that premature babies were being ‘bagged’ – manually assisted to breath – when they were being transferred to Brisbane,” Caroline recalls.

“We put out the call for transport ventilators and it went nuts. We needed $15,000 to buy one ventilator and we ended up buying two.

“The initiative gets bigger and bigger every year. We are blown away by what is donated, how much people are prepared to bid on air and how much we ultimately raise.”

Along with Give Me Five For Kids, Caroline said some of her fondest memories were the celebrity interviews she had done and helping keep communication open during an emergency.

“There is nothing like being on the radio during a mini-cyclone or rain event, when I really feel we can help share information and keep people safe,” she said.

“But the stories of sick kids and the community’s response to those kids are why I love my job so much.”

Caroline said the media was changing and the future was not certain. “Between Netflix, online news and Pandora, I don’t think anyone in media knows what the future will hold but I have a lot of faith in being local, telling local stories and the power of community. That’s the biggest highlight of my time at Mix – the fact we are part of this town. We’re the local you know!”

In many ways, Caroline seems to have been “the local we know” for as long as many people can remember and she has seen plenty of changes over the years.

“Peter Lang and I used to tour bowls clubs on a Wednesday morning to run quiz competitions and hand out prizes to the bowlers. We were usually paid with the roast special! That was back in the days when the Winter Bowls Carnival was the biggest thing on the Coast and we used to announce the results on the air. The Nutri Grain series was huge, too – Clint Robinson and Kerry Thomas were superstars.”

But she said the biggest change in her industry had been the evolution of social media.

“It’s such a big part of our show these days. It’s a great place to find local stories, stay in touch with people and get a handle on what people on the Coast are talking about. I know some people hate it, but I love it.”

It’s a long way from having teenage listeners waiting to record their favourite songs on cassette but the focus is still very much on good, popular music with Mix-FM still playing all the hits from the 1970s, ’80s, ’90, “naughties” and now.

What they’ll be playing in another 50 years is anyone’s guess.

This material remains © the original publishers and is for your personal use only. 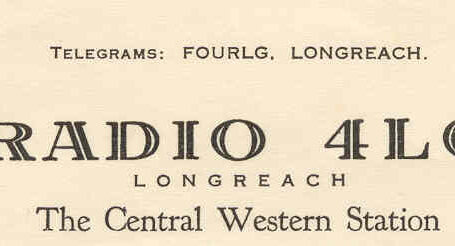 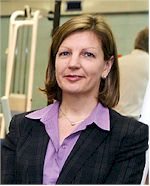 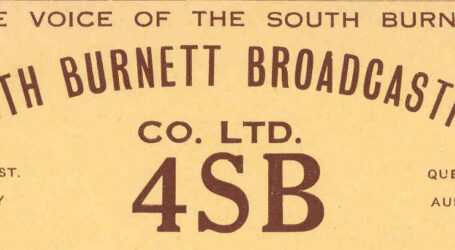