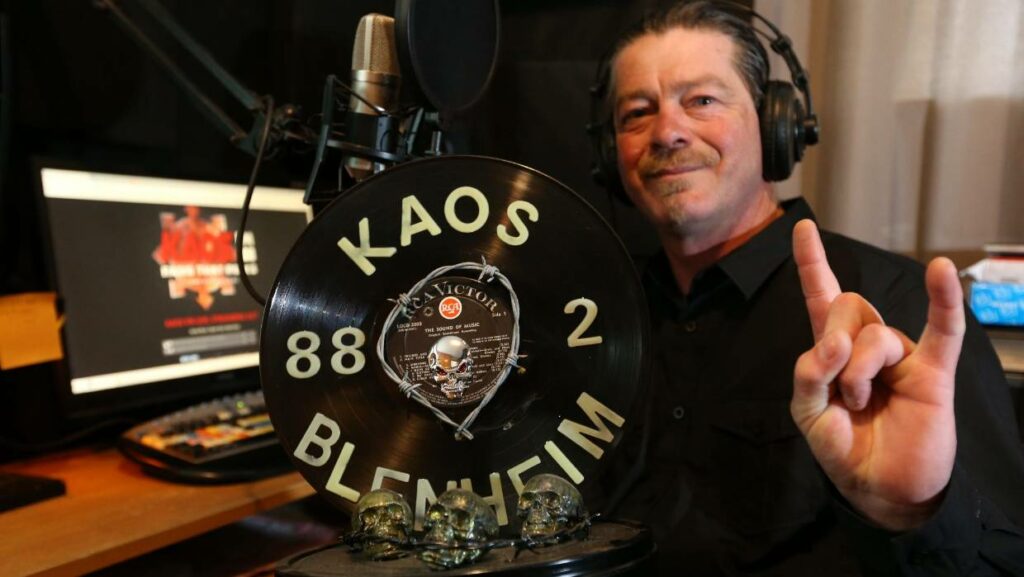 From a spare bedroom in small-town New Zealand, a tiny independent rock radio station has made waves nationally.

Vineyard machinery operator Carwyn Henigan from Blenheim “just got on with the job,” of starting KAOS FM 88.2 and estimated his audience is up to around 6000 listeners.

An audio recording engineer for 20 years, Henigan started his station just over a year ago to give listeners the “full true-blue kiwi music experience.”

A “local institution with the rockers”, Henigan built a strong, loyal Marlborough following and has started to attract a national audience through streaming and via a mobile phone app.

Last year, he gave band ‘His Master’s Voice’ airplay on KAOS FM. The band has since been picked up by The Rock radio station.

Henigan also claimed some of the credit for local band Atom Flight opening for I Am Giant in Nelson earlier this year.

“We picked up that band here in town,” Henigan said. “We’re quite influential.”

“The antenna is like a speaker, the key thing is height.

“If we were broadcasting from the top of the Wither Hills, the broadcast would go a lot further,” he said.

The station covers all of central Blenheim.

From a musical family, Henigan had made successful singles and produced independent radio shows distributed around the world.

His long-term plan was to take his station to a commercial channel, but there are no commercial frequencies available in Marlborough.

“In the meantime, we’ve expanded online,” he said.

So far, Henigan said he was happy with the number of people tuning in and the station’s increasing popularity around the country. 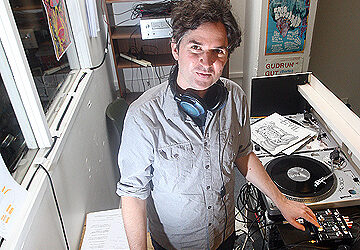