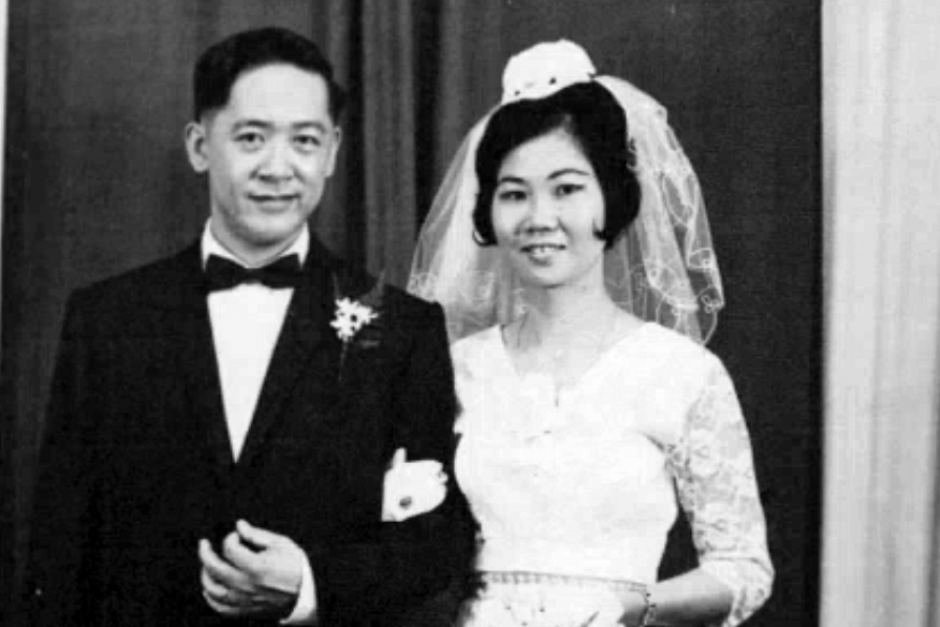 Anita and Humphrey Chang pictured on their wedding day in 1967.

They were from two different countries and had never met or heard the other’s voice.

But over a number of years Anita and Humphrey Chang fell in love through the radio as their words, written in letters and read out over the airwaves, reached each other across the ocean.

In 1967, Humphrey proposed and Anita accepted. Now 52 years later they are still married, with four children and multiple grandchildren.

All because they were fans of the same show on the ABC’s Radio Australia.

Voices across the Pacific

In 1961, Anita Wong of Cotabato City in the Philippines and Humphrey Chang of Suva, Fiji, listened to the shortwave radio service Radio Australia.

The signal was so powerful it could be heard by Australians and foreigners as far away as New York City and Europe.

At a time when radio was the only daily international media, Anita and Humphrey both wrote to Keith Glover’s Listener’s Mailbag, a program that answered various listener queries.

Humphrey heard Anita’s words, read out by Glover, and took a shine to her. He soon began to correspond directly with Anita.

“He was writing me a lot of letters before he proposed to me,” Anita told the new ABC documentary Australia Calling.

“He was feeling in love with me and almost every week he wrote. He sent a lot of letters.”

Humphrey remembers it was four or five years before he made his move.

“I made a proposal because, you know, deep in my heart I was not thinking that she will accept it,” he laughed.

Anita said the family had trouble even finding Fiji on a map. Her sister was a little bit sceptical and so Humphrey’s uncle wrote a letter in traditional Chinese vouching for his nephew’s character.

Their honeymoon included a trip to Melbourne to meet Keith Glover.

“Keith was very excited and he called the cameraman to come and take a picture of us,” Anita said.

They still have a copy Glover autographed for them 52 years ago. He retired from the ABC in 1985 and died in 2006.

A love story hidden in the ABC archives

In its time Radio Australia received hundreds of thousands of letters from listeners all across the world.

Anita and Humphrey’s story was discovered during the making of Australia Calling, about Radio Australia and the broadcaster’s international operations, which these days includes TV and digital content.

It started with a single black-and-white photo found while trawling through the ABC’s archives for photos of correspondents from the 1960s.

The photo, showing the Changs with Glover, mentioned the couple were from Suva. It got me wondering if they were still there.

Over several days I tried my luck trying to find them, cold calling Changs in the Suva white pages as well as local businesses.

A lucky break eventually came courtesy of the Chinese Association of Fiji. “Yes I know Humphrey,” the Association president said.

Within the hour I was speaking to their daughter, Marie, and we agreed to film an interview and meet the family who still live in Suva.

A family formed by the wireless

Anita is now the proud mother of four children and a grandmother to seven.

Her son Anthony died of cancer aged 35 in Australia. Photos of him adorn the family home and Humphrey’s mechanical workshop.

“He helped us in our business. Every customer who came (said he was) good help,” she said.

This family only exists because of some very romantic letters and a radio show.

“Nowadays you don’t do writing like that anymore because of the internet,” said Humphrey.

“We were corresponding to each other for many years. It took me many years to make a proposal, but if the internet had been available at that time, it may only take half that time,” he bursts out laughing.

“If we have any differences we just forget it. Don’t fight, don’t argue too much. It’s no good to argue too much. Try to be peaceful to each other. We have to be in harmony.”

© ABC News December 15th, 2019. This material remains © the ABC and is only to be used for non-commercial personal or research use. Any other use requires permission of the copyright holder. 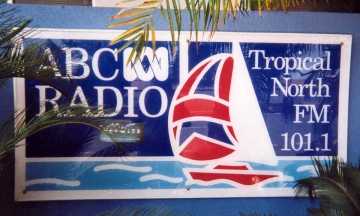