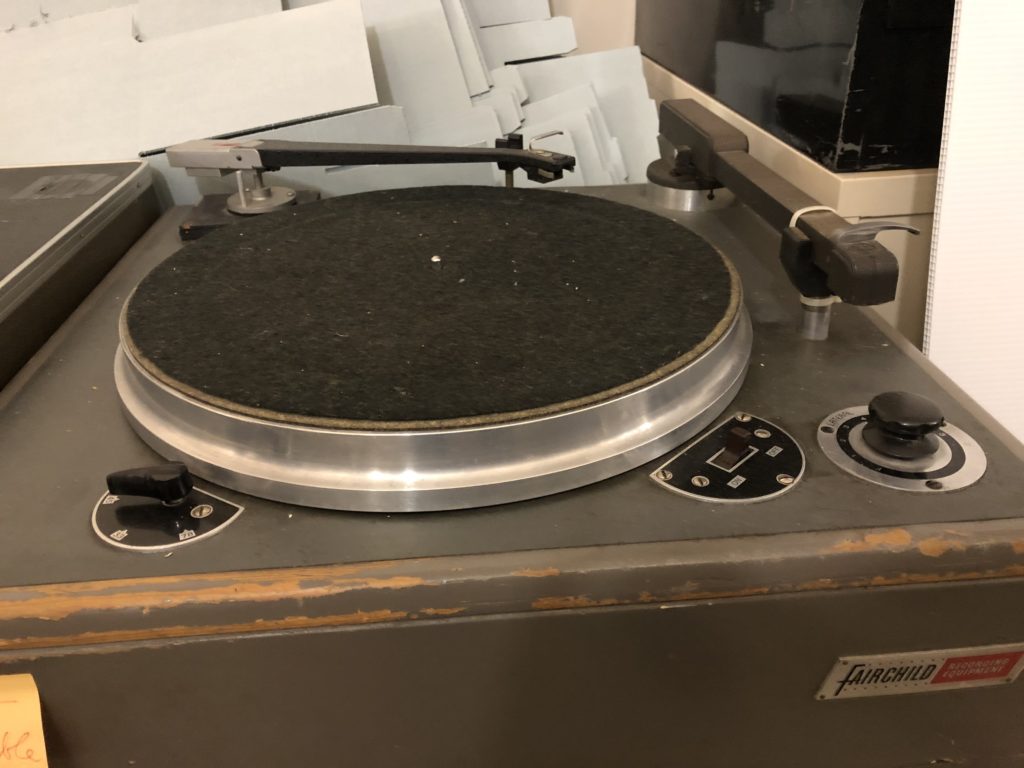 A large collection of WHO radio recordings in the Archives of Iowa Broadcasting (AIB) has been digitized and is now available online to the public. There are more than 500 recordings, from 1938 to 1961, that are accessible at the AIB website.

Archivist Amy Moorman says the recordings are primarily Iowa shows including farm shows, news reports, entertainment shows, and some sports broadcasts by former President Ronald Reagan who worked there for a time as sports director.

There are also broadcasts of the Iowa Centennial celebration. And, there are some World War II broadcasts by News Director Jack Shelley and Farm Director Herb Plambeck, both of whom reported from Europe and Asia.

The recordings provide a “history of broadcasting in Iowa and the development of radio in that time period,” Moorman said. “They’re a pretty unique resource.”

> Listen to the WHO radio recordings <

The recordings, called acetate discs, look like large records. They were stored in a climate-controlled vault at the former WHO-TV building. But, in some cases, “the discs were being used as door stops” by people who didn’t know how important the recordings were, George Davison, a former WHO journalist, said. Davison was one of several people who played a role in saving the recordings.

WHO in Des Moines was one of the first radio stations in Iowa, going on the air in 1924 and broadcasting at 1040 AM with 50,000 watts of power. Because of that signal strength, the station could be heard throughout the Midwest.

Joel McCrae, a long time Iowa broadcaster and manager of WHO, was one of those who understood the value of the recordings.

“I have always been interested in the history of WHO radio as I grew up listening to the station. In fact, when I was 12, I recorded the entire 50th anniversary broadcast day in April of 1974,” McCrae said.

“The acetates were at risk of ruin from time and we were wanting to preserve the recordings,” he said. So, the station donated the discs to the Archives of Iowa Broadcasting located at Wartburg College in Waverly, Iowa.

“The material represents the people of Iowa as they were at that time, and how they helped to make the state what it is today,” Davison said.

The discs “are some of the most fragile formats of audio recordings that we have in the archives,” Moorman said. “We wanted to digitize them to save the content that’s on them before the discs further deteriorated.” Some of the more heavily damaged discs were sent to a company that specializes in a procedure to recover the sound from those recordings.

Moorman said digitizing the discs took 15 months and cost more than $47,000. The project was funded by a Recordings at Risk grant from the Andrew Mellon Foundation.

The expense and work to save the recordings was worth it, Davison said. “It gives an Iowa slant to momentous events. It’s a wonderful treasure trove and broadcasting professionals should be happy it’s been preserved.”