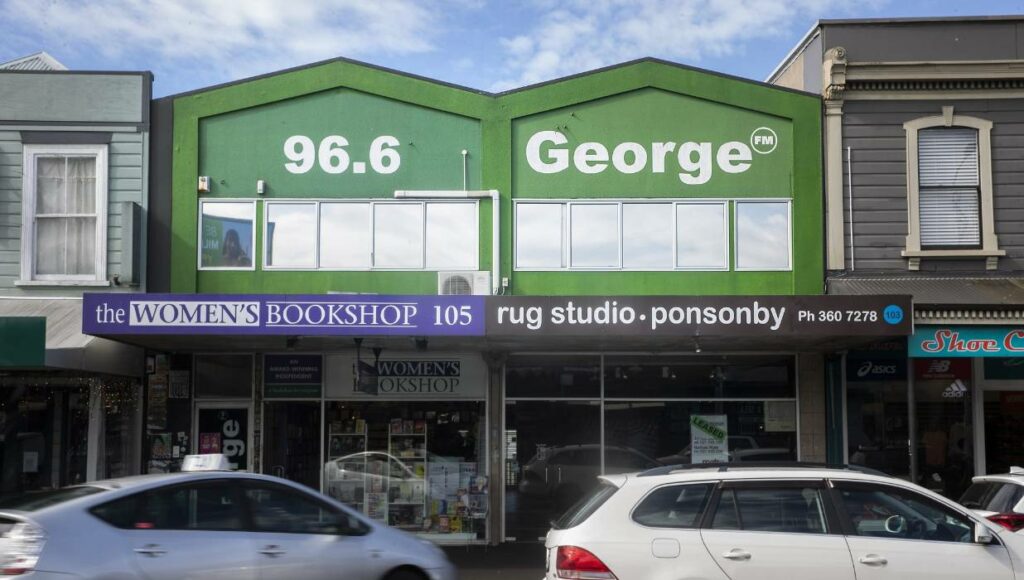 The bright green building sticks out in the middle of Auckland’s Ponsonby Rd.

At all hours of the day, everyday, DJs are drawn in through the small door marked “George”. Upstairs, in a street-side studio below the numbers “96.6”, they play their own mixes and some of the “biggest club bangers” around.

But what does this all have to do with te reo Māori, which is, after all, the reason why 96.6 George FM broadcasts in Auckland city?

That’s a question for George’s owner, MediaWorks, which entered into contracts to acquire special Māori radio frequencies in Auckland. MediaWorks is the only broadcaster of FM iwi radio stations in Auckland City. Its use of the frequencies is signed off by a government ministry and two iwi.

A MediaWorks spokeswoman says the company is proud of the work its two iwi radio stations do. Its use of the frequencies requires the company to develop te reo strategies with the two iwi who hold the licenses. Te Puni Kōkiri monitors their te reo plans.

“We lease the frequencies of two iwi licenses through George FM and Mai FM and part of the commercial agreement that we have with the Ministry of Māori Development,” a spokeswoman says. She says the stations would be happy to talk about increasing their te reo use.

If MediaWorks’ two iwi radio stations do not adequately fulfil their requirements to te reo, then Mahuta says discussions may start around the future of George and Mai FM in Auckland.

“We’re in the zone of having those types of conversations. It is too early to comment, but I am hopeful. I am hopeful about what this opportunity can provide,” Mahuta says.

While George FM director Willy Macalister agrees te reo is a taonga his radio station is happy to use, he says that second, less friendly, discussion isn’t one that needs to be had. His station is committed to te reo, he says, and so too are its staff. The station is a rarity in that all of its leading breakfast team of Kara, Stu and Tammy are Māori.

The dance music station is, according to Te Puni Kōkiri, a Māori radio station. There are no waiata Māori on its playlist. Nevertheless, the ministry has continually granted speciality radio frequencies to be used.

Their designations as iwi radio stations means MediaWorks buys some frequencies from Māori, rather than buying from the Crown in the expensive Auckland City region. It buys Mai’s 86.6 FM from Ngāti Whātua and George’s 96.6FM from Te Whānau o Waipareira Trust.

George has operated on that spectrum for as long as its staff can remember. Macalister says te reo is part of the station’s blood, and is included as much as possible.

“Te reo Māori and tikanga Māori are a very important part of the station. With all of my staff, and especially with Kara Rickard and the breakfast team, te reo really is a core part of who we are,” he says.

If he is asked to include more te reo on George, Macalister says the station will happily comply. “But, that’s really a discussion to be had with [Te Puni Kōkiri],” he says. That is the Government department that audits George and Mai FM’s te reo strategies.

Right now, he says, George’s focus is to normalise the language. To do so, they include it in everyday conversation, the station’s branding and in their news bulletins. He sees George as an intermediary, getting te reo to audiences who wouldn’t listen to traditional iwi radio stations.

“I know we say things and kind of pay lip service, sometimes, but for George we really are hyper-aware and focused on normalising te reo. If anything, I wish all radio would be like this,” he says.

“George FM really is unique in the world. I had an Australian radio consultant asking me why we place te reo Māori before English, he said we needed to flip it around so people understood. I said, ‘that’s not what we’re about’.”

The purpose of the Māori radio frequencies is to promote Māori language and culture, according to Te Puni Kōkiri. Nanaia Mahuta says she expects all stations operating on Māori frequencies to help extend understanding and use of te reo.

She says the Māori radio initiative was launched to give iwi the chance to contribute towards cultural revitalisation, through participation in broadcasting. The reason for George and Mai to broadcast as iwi radio stations is “historical”, she says. The stations’ licenses were renewed last year, before Mahuta became minister.

Most iwi radio stations operate as part of a national network, but he says “Mai and George disconnected from the Māori radio network, for some reason, many years ago”.

“It’s sad, I thought our goal for people working in Māori radio was to maximise te reo Māori,” he says.

“There seems to be this belief that te reo Māori and commercial concerns don’t align.” That’s what he wants to change.

George and Mai FM could be huge assets for te reo, if they start adding a bit more in, he says. “That’s where the language needs to go, into commercial, mainstream, everyday life if it is to thrive.”

Currently, however, he says they simply aren’t doing enough.

“It’s about fairness. Other stations are being tasked with producing far more content in te reo Māori and I think it should apply equally, across the board,” he says.

In its report to the ministry, justifying its status as a Māori language station, George FM says all its staff have a Māori job title in their email signatures and they incorporate te reo into weather and news bulletins. There is also a “weekly kupu” played on the station, the report says.

In its Māori language report to Te Puni Kōkiri, Mai FM programme director Philip Bell says a handful of measures were in place to increase use of te reo at the station. There is a “Kool 2 Korero (sic)” segment played 68 times a week, he says, but it isn’t played during the primetime breakfast slot. On weekdays at 6am, 7am and 8am the weather segment starts with a Māori greeting, the report says.

“All incoming calls to the station are answered ‘kia ora Mai FM’,” he says. The report also promises all emails from Mai FM staff will start with “Kia ora”.

The agreement between Te Puni Kōkiri and the radio stations states: “This Licence will be used to broadcast a service that promotes Māori language and culture.”

MediaWorks is the only mainstream broadcaster applying for iwi radio spectrum, documents obtained under the Official Information Act show. It does not operate on Māori radio frequencies outside of Auckland. To get the frequencies, MediaWorks enters into agreements with iwi Ngāti Whātua and Te Whānau o Waipareira Trust.

Before he became the associate minister for Māori development, Willie Jackson was the co-chief executive of the Waipareira Trust. He and John Tamihere authorised 96.6FM’s use as the frequency for George FM. Jackson has not responded to requests for comment.

The trust’s own radio station, Radio Waatea, broadcasts on 603 AM – a radio band far less popular and of worse sound quality than the FM band.

Other Māori radio stations include Tahu FM in the South Island, Radio Tainui in Waikato and Radio Ngāti Porou. Large portions of the broadcasts on those stations are in te reo Māori.

Although MediaWorks is the broadcaster, Te Puni Kōkiri only signs agreements with iwi. The radio stations will “act as kaitiaki”, the agreements say.

In a statement, the ministry says George and Mai FM play a “fundamental part” of the overall strategy to revitalise te reo in Auckland.

“Ultimately, it is the iwi licence holders’ decision on how they wish to implement their Māori Language Strategy,” the ministry says. It says the two stations do well to normalise mainstream use of te reo.

A spokesperson for Ngāti Whātua says their relationship with MediaWorks is mostly “just commercial”. However, the te reo plan for Mai FM says the two groups will work together to promote “Ngāti Whātua initiatives”. 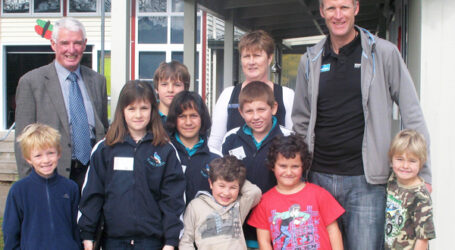 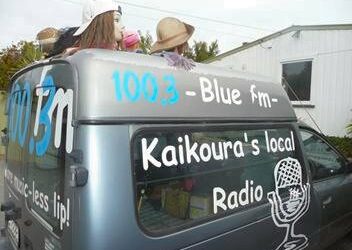 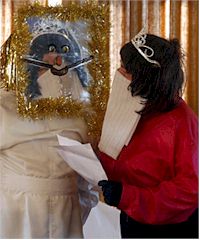