In 1935, radio broadcasting began in Malta by a company called Rediffusion (Malta) Limited, which had been given the power and authority by the Government of Malta to operate sponsored radio programmes as well as ordinary commercial radio programmes. The station: Rediffusion Radio was initially launched, with the aim of countering Fascist propaganda from Italy.  It had been given a complete monopoly of broadcasting of news, features, music and entertainment to about 50,000 subscribers.

In February 1960 the Government of Malta issued a statement on the future of television and sound broadcasting, saying that Malta should have its own television service as soon as it could be introduced.

The Governor of  Malta entered into discussions with Rediffusion Malta, Ltd., with a view to negotiating an agreement with them for the provision of a television service and the continuation of sound broadcasting in Malta and Gozo.  This meant  the Government decided that the firm which already had a monopoly of sound broadcasting was also to be given a monopoly for television broadcasting.  Rediffusion Malta was to have the sole right of presenting news, views, entertainment, either on sound radio or television to the people of Malta.

Rediffusion Malta made available for sponsorship a wide variety of transcribed programmes, featuring top-line stars, from the finest production houses in Britain, America, Canada, and Australia. They were available to British advertisers from approximately £2 15s. 0d. (£2 .75)  net per quarter hour and pro rata. They clearly enjoyed the benefits of radio sponsorship and  made a lot of money out of it.

Television sets were a very expensive luxury to the Maltese and radio was still the dominant form of entertainment well into the 1970’s.  In 1975 broadcasting services passed under the control of the State after decades of being a monopoly in the hands of  Rediffusion. Public Broadcasting Services Limited (PBS) subsequently acquired a controlling interest in both Radio and Television broadcasting in Malta

Jim Gregory’s account of his time working at Rediffusion Malta

RML had started up in the mid-’30s, and, due to growth, moved in 1957 from a spread of rather-cramped, suburban premises [while separate studios and Accounts were in the capital Valletta], to its purpose-built, modern HQ in Gwardamanga, with all disciplines under the one roof, except for its dedicated workforce of wiremen and fault-clearers who spent 90% time outdoors. They used a sizeable transport fleet of grey & red Ford and Bedford Utility vans all fitted with ladder-racks. Plus a couple of trucks for carrying poles. All wiring was overhead or surface.

Wooden loudspeaker units were overhauled and French-polished in a repair-room.There was a fully-fledged TV service dept with about six engineers.

It was proper, wired (never wireless) broadcasting to the local audience while relaying BBC World service on a companion channel. Subs paid 7s 0d monthly for the availability of two progs at max 0.5W of excellent-quality audio. Advertising brought in extra revenue. Apart from wired-audio rentals, TV-set sales & rentals and antennae installations were catching on by 1960. Reditune (like Muzak) installations were few and far between.

Both sound relay and, later, TV programmes ran scheduled services with commercial spots, from 06:00 to midnight.

I started as a trainee audio engineer, specialising in studio and station maint, mods, prototyping. Our shift duties involved smooth-running of 3 studios, 2 pro recording rooms equipped with 4 EMI BTR2 machines, a SW receiving room with 7+ receivers, a news studio fitted with EMI’s latest TR90 consoles, 2 change-over control desks with source selectors, master faders and limiters whose final outputs drove into a large, cooled power-amplifier room [2-channels: max 8 x 2kW and 4 x 2.5kW, but with a quarter left off] and interruptable links to 4-wire regional networks feeding about 55,000 passive units fitted with WB speakers. All studio work was to BBC spec, using PPMs. All in glorious mono, using thermionic technology. We had 2 superb test rooms and an eqpt repair room. Also an in-house carpenters’ shop! And stores were well-stocked with a sufficiency of spares (no Just-in-Time philosophy in those days).

In case of rare brown-outs, we had a cartridge-start, diesel 20kW generator on stand-by. Other responsibilities were servicing a 100-extension PABX, a fleet of 6 EMI L2 mini-valve portable tape-recorders for interviews, etc, and a Gent master-clock + 2 busses of slave-clock systems, running off 25V DC accumulators. The studios, using superb local joinery, were installed by local engineers using Central Research Services’ valve modules (large aerated, steel shoe-boxes). The mono monitoring amps were by Leak and Quad. There was even an underground (hewn limestone) echo chamber for drama use. There was a 20W VHF link-up with the smaller island, only to be used should the equalised undersea cable develop a fault.

There was an un-manned SW and LW receiving station with tuned antennae systems occupying a few lonely acres, six miles away.

The firm had an OB van with an on-location desk and NAB reel tape-recorders, and ran a busy PA-hire unit.

I recall we once experimented, for a short while, with a third (music) channel, running just 5W as a ‘phantom’ using centre-tapped 70V line transformers at each end of one 4-w feeder – the adapted receiving box worked but the measured crosstalk figures were invariably poor and therefore unacceptable in long-term practice.

Our Popularity Meter – We injected 28Hz at -12dB into one programme and the ever-variable, reflected load impedance [after LP filtering] was converted to a DC level representing the channel’s % listenership – which was logged by a rotary chart/pen-recorder, for working out ad rates! It was quasi-dependable.

In 1960, RML’s 25th anniversary, the company chairman at Lower Regent Str was xx Bell-Chambers (his diminutive stature reminded one of Arthur Askey); he visited our building and I believe met every employee there.

Spring 1961: I attended a few courses at the excellent Training School in Poulton-Le-Fylde, Lancs. Technical Authors worked there as well. Did you know our holding company BET Group then also owned the Preston company, Ribble Motor Services Ltd, whose buses ferried us to/from Blackpool Central – our digs were not far away.

I also did practical training in Rediffusion Nottingham’s TV-repair workshops.

I was lucky to tour our group’s RIS busy factories in Wandsworth, and also to visit Redifon Flight Simulators at Crawley. And I observed tech crews with Associated Rediffusion’s TV studios, at Kingsway and at Wembley.

Sad day when our holding company sold these falling empires off and re-invested in a towel laundry empire (Initial) and pest eliminators (Rentokil).

I subsequently moved on as a volunteer, pioneering in its sister company MTV Service in studios 1962-66. There were about twenty of us initially… all those new trades, plus three Aussie TV broadcast engineers and we trained under two studio directors on loan from London.

Originally in makeshift TV studio, presentation, tech area, small props store, were formed from RM’s canteen’s seating area, fitted mainly with Pye TVT b&w hardware such as 16mm telecines and audio & vision mixers, plus a microwave link to a PAL Band-4 UHF Xmitter 5 miles away. (On opening night only one 4″ orthicon camera was to be working!), then after 15 months we moved out to brand-new comprehensive buildings almost next door. I was happy as an audio mixer on all live shows from Day 1 and had access to a boom operator, Genny [who took over my domain when I emigrated to UK].

VTR work was done on lower resolution Ikegami 1″ for low-budget programmes. I can remember when an Ampex 2″ VTR console arrived, yet no editing was allowed, meaning many inserts, shows and plays could be pre-recorded, either in one take, or later with gaps for ad-breaks.

Some good music and arts progs were made there, sometimes part of a prog’s production costs were sponsored.

When I left in Spring ’66, I was sad to leave the camaraderie behind – later I furthered my career in high-quality audio in London.

The service upgraded to colour quite late, in about 1977. Sets were very expensive.

Pictures of the opening of the Rediffusion premises at Valetta 1958

The Pictures and information supplied by:  Andrew Page-Robertson in memory of his late Grandfather, Gerald A Slater who was Managing Director of Rediffusion Malta.

My late grandfather, Gerald (“Gerry”) A. Slater, was a radio engineer. He spent the early 1920’s in Peru, establishing a series of radio stations there with Marconi. My mother and aunt were both born in Lima, Peru, and I have his diary recording some of his adventures in 1923. From 1944 to approximately 1950 he headed up Rediffusion in Trinidad. He later spent a period as General Manager of Station ZFY for Rediffusion in Guyana, and then the family moved to Malta around 1950-51.

At that time he was joint managing director with Commander Edward Hamilton-Hill.

My mother and I moved to Malta in 1959 and were there (I was at the Royal Naval School in Tal Handaq) for the next couple of years.

My grandfather went on a cruise but suffered a stroke and was hospitalised in London until his death in January 1960. The executor of his estate was his close friend Freddie Bellchambers, chairman of Rediffusion 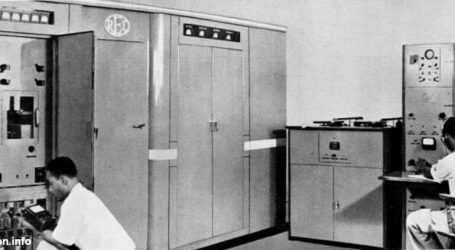 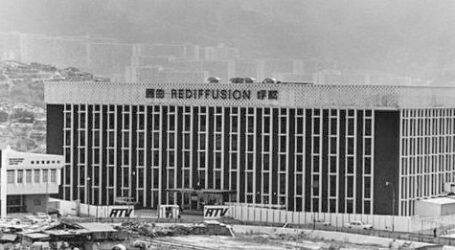 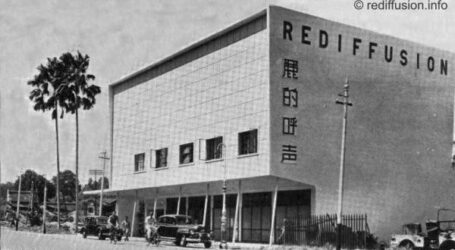