THE hush of early morning is broken only by the staccato beat of an isolated gasoline engine in a tent in an alfalfa field just beyond the city limits. A sleepy radio operator reads the meters of a portable transmitter arid makes an entry in his log. “One more hour,” he yawns, “and the job is finished.”

On the other side of town a mysterious looking car pulls up at a corner. The driver reads the street names, marks the spot on a map, then snaps on a complicated looking receiving set hung from the roof behind his seat. No sound comes forth. Instead, the needles of two meters swing across the scales. Rotating the loop aerial protruding through the roof, the driver secures maximum reading, makes a note of it, then goes on down the street.

At six o’clock the transmitter operator shuts off the gasoline engine. The driver of the car watches his meters slowly settle to zero, writes “finished” to the log, then heads across town to pick up the operator.

Ten years ago it was customary to locate a transmitter on top of the highest building in town. Today the practice is to have the studio in town and the sending equipment as far out in the country as possible. This is because facts are known about radio now, which were not known ten years ago. One of the most startling is that the steel tower makes a better radiating antenna than the wires it formerly supported. With this fact proved, the whole structure of radio transmitters became subject to controversy, and as a result better and more efficient broadcasting stations are in existence today than ever before.

In the last few years a group of highly trained radio men has been developed. They are the radio consulting engineers and their business is to keep abreast of all new developments and apply them where needed. They redesign old stations, select a location for a new one, specify equipment and antenna requirements, and lastly, check everything and tune the station to maximum efficiency before turning it over to the operating staff. Upon their shoulders rests tremendous responsibility, so it is not surprising to know that only eight consulting engineers are available. Between them, they have designed and put in operation most of the 550 stations now on the air.

The actual construction work is the easiest part of all, explains E. C. Page, one of these engineers. The steel towers are shipped out in sections and a crew can erect a 500-foot antenna in less than a week. The transmitter comes in units. It can be installed and on the air in two days, but before this takes place, weeks of patient work must be done.

First, a suitable location must be chosen. The owners of the prospective station make a selection of the available tracts of land. These are marked on a map and sent to the engineer. He compares this map with a soil survey chart supplied by the department of agriculture. A broadcast station must have a good ground connection. All soil is not alike. Clay, silt and wind-deposited loam have the highest conductivity.

Sandy loam and shale are fair, while sand, gravel, sandstone and pulverized granite are very poor. The exact conductivity of each of fifty or more types of soil is catalogued by the government. Thus, truck gardens, river bottoms, salt marshes and swamps are chosen for station locations. Hill tops and high buildings were found to be decidedly inferior. The salt marshes along the coast and the treeless plains of Texas and North Dakota are the finest radio locations in America. If a station must be placed in a poor grade of soil, because no other is near, then the closer the wave length is to 550 kilocycles, the greater the efficiency. Before the selected piece of land is actually leased or purchased, it is rented for a ten-day period. The portable tent transmitter is installed and the field intensity car brought into action. Nothing is taken for granted.

The transmitter is tuned to the desired wave length and the field intensity car makes measurements in all directions. First, the location is completely circled on a half-mile radius, then a mile, and on up until they are satisfied the selected spot is desirable. Frequently it is discovered that there are shadows or dead spots in certain areas, caused by steel buildings, iron deposits in the soil, hills of non-conducting rock or other obstacles. Then another location is tried. Sometimes five or six spots are measured before one is found which is suitable. In one town the only spot that gave a good signal was the middle of the city dump. In another it was a frog swamp down the river.

A field intensity meter is an instrument which tells exactly how much of the energy radiated by a transmitter is reaching a certain spot. It is an elaborated superheterodyne with all circuits calibrated and metered. It is built with the utmost precision and is accurate to an unbelievable degree. There are but twenty-five in existence. These are all in the hands of engineers or government officials. The meter measures in terms of millivolts per mile. When the engineer in the car has completed his circuit, he is confronted with the task of translating his measurements into a graph. The ideal station radiates in almost a perfect circle. Should a station be located on the shore of a lake, the graph will stretch out to follow the highly conductive shore line.

When these facts have been substantiated by the low-powered portable transmitter, work can begin on the station. The power and wave length of the transmitter must be approved by. the government, so all plans are made accordingly.

The antenna systems in common use today are known as vertical radiators. They are merely a steel tower resting on large porcelain insulators. Most of them are self-supporting, that is, they stand without guy wires. The popular sizes are half-wave and quarter-wave, meaning the tower is one-half or one-fourth as high as the electrical wave emitted. Ordinarily, they run between 200 and 500 feet. Certain stations use complicated systems of multiple towers, radio frequency transmission lines or semi-directional radiators. This elaboration is usually due to government regulation or a desire to cast a stronger signal in a certain direction. While this appears complicated, it is only a duplication of a simple vertical radiator, with the needed tuning devices.

The proper antenna system to employ is determined by the consulting engineer. The specifications are given to a steel fabricating concern, which builds and erects the tower or towers. Most of the station equipment is purchased in factory-made units, which can be connected together with wrench and soldering iron. The actual construction of the station is done by a contractor who builds everything, turning the completed equipment over to the consulting engineer for the final tuning and adjusting.

Measuring the antenna is the most interesting feature. The pickup power of a 500-foot vertical mast is tremendous. Low-power stations on the other side of the country come in like locals. It would be no task at all to log every station on the air. Instead of using a wave meter, a superheterodyne receiver is hooked to the aerial and tuned to a certain station whose wave length is known. So closely do modern broadcasters adhere to their wave length that they may be used as standard measuring units. By means of a resistance and capacity bridge and a beat oscillator a curve is plotted for the entire broadcast band. This enables the engineer to know how closely the tower comes to his specifications. Should it be off, he can correct it with top loading, condensers or loading coils. Top loading consists of placing a fringe of rods on the apex of the mast, like spokes of a wheel.

With the characteristics of the antenna known, it is a simple matter to tune the transmitter to resonance, and the station is ready to go on the air. The work of the consulting engineer is not yet done, however, for a broadcasting station is a business institution like a store or newspaper. Its customers are the advertisers who desire to reach the public. The two commodities it vends are time and coverage. Coverage consists of the ability of the station to reach potential purchasers.

This can be determined by asking people to write in for a prize or gift, but a more accurate method is to make another field survey. This time it is not five or ten miles, but 500 or more. The field intensity car zigzags about the country, often travelling thousands of miles, until all the territory in question has been surveyed. Only then is it known just how many millivolts are reaching any particular point from which an important account might receive a response. To determine coverage over a period of hours or days, a recording meter is connected to the field intensity set. It runs by clockwork and is entirely automatic. Signal strength for any period of time is traced upon a moving paper tape.

With these measurements completed and a large graph of station coverage on the wall of the sales manager’s office, the important work of the consulting engineer is over. All that remains is a periodic check of the signal and equipment, until such time as another major alteration is planned.

Originally published in the December 1936 edition of Popular Mechanics magazine.

Republished on the Modern Mechanix blog in 2007 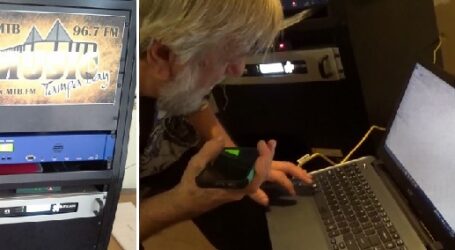 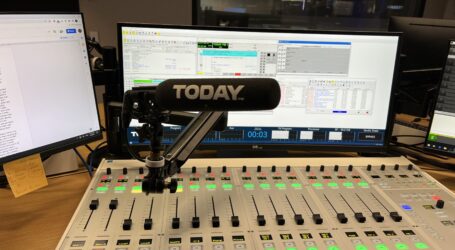 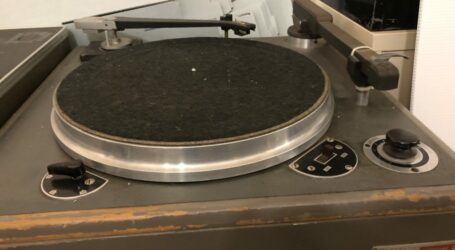