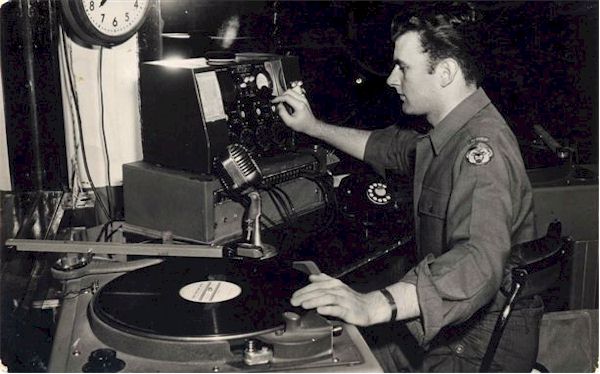 Some 65 years ago, in early 1941, KRB radio began broadcasting from Sitka, Alaska. This was the unofficial birth of the soon to become global Armed Forces Radio Service.

By 1946, it’s reported that 16 AFRS stations were on air across the Alaskan Territory, many in isolated outposts along the Aleutian island chain, and some at sprawling bases near major towns such as Fairbanks.

We’ve carefully researched the early AFRS stations in Alaska from various sources, and have found around 40 of them. We’re sure to be missing some though, so please help us fill the gaps. Our list runs through to 1958.

We’ve got a strange array of call signs, ranging from KRAY to ALAW, from KSKA to WXLL and GAB to WVCX, but we’ve also found some interesting images thanks to kind people who’ve come forward to share some old memories.

If you’ve been involved with any of these stations, even as a listener, we want to hear from you.

Memorabilia, articles, images, recordings or any other items of ephemera to help tell these AFRS Alaska stories are very welcome. Just email us today.

Did you know that Sitka actually had two ‘unofficial’ AFRS stations broadcasting at the same time? GAB and KRB both found space along the dial during 1941 to air their music and local news and events.

From the AFRS program ‘Salute to WVCX’ broadcast on August 16 1944 over WVCX Sitka.

I was the Station Manager & Jazz DJ for this AFRS radio station at Campion AFB (Alaska) from roughly August 1954-April 1956.

For some random reason, I decided to do a Google search for “AFRS Campion” about 30 minutes ago, & I was directed to your site. Wow!!

Except for the day I flew into the base, & the day I flew home in prep for discharge, I lived underground the entire time. Somewhere I have photos of our quite nice, modern station.