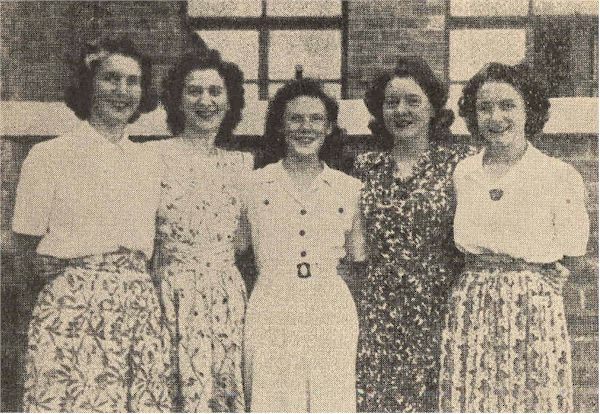 2AY Albury is owned and operated by Amalgamated Wireless (Australasia) Limited. The station was opened on December 17, 1930, and transmits on a Wave Length of 202.7 metres and a frequency of 1480 K.C.’s. The power is 200 watts.

Albury is the natural centre of a rich rural district, and 2AY caters for the listening tastes of the City and District. Highlights on the 2AY programme include racing relays from Sydney and Melbourne, boxing relays and all the best metropolitan shows, either on relay or on disc.

Personnel of Station 2AY include:

H. E. COX: Station Manager. Entered Radio 35 years ago, during 1911, when the then revolutionary Marconi magnetic detector displaced the old coherer receiver and plain aerial (type A transmitter), made way for the double coil set and tuned circuits. Mr. Cox has had uninterrupted radio service. He first served as “Sparks” on ships of many kinds, from cattle boats to battleships. He then spent a number of years on A.W.A Coastal Radio Stations, and in latter years has served on all the Company’s Broadcasting Stations excepting one – 2CH, 4TO, 3BO, 4WK, 2GF, 4CA and 2AY. Mr. Cox was on a troopship during the 1914 – 1918 World Conflict, and took part in the landing at Gallipoli.

G. NOLAN: Gave up accountancy to enter Commercial Radio in 1929 by joining technical staff of 2KA Katoomba. He was promoted to take charge of 2KM Kempsey and 2BS Bathurst in 1941, and resigned from Transcontinental Broadcasters to join the Installation Staff in Transmission Department of the P.M.G. In 1942 he was appointed Technician on the Staff of 2AY. His hobbies include experimental radio and he is authorised to do amateur transmitting, utilising the call sign “VK2A1Z”.

R. REES: Entered Radio in the Wireless Department of the Navy during the 1914-1918 War. In 1926 decided to take it up commercially and obtained his First-class P.M.G. Certificate. During this period Mr. Rees was O.I.C. of Vanikore Radio, and also on the technical staff of 2UW and 2KY before coming to 2AY as a radio officer. Mr. Rees was at sea when the last Great War commenced. He was first officer on S.S. Tritona, and was captured after his vessel had been sunk by the German raiders Komet and Orion. He spent four years and five months as a p.o.w. in Marlag and Milag Nord Prison Camps. He arrived back in London on V.E. Day, and after three weeks’ leave sailed for Australia, arriving in Sydney on 16th July, 1945. After three months’ leave he was appointed by A.W.A. to take up duty at Station 2AY as a technician. Mr. Rees’ hobbies are breeding retrievers, in which connection he has obtained many prizes.

GEORGE JENNINGS: Comes from the home of comedians – Lancashire. He went on the stage at the age of ten, and has played in all branches of the theatre, the only exception being the circus. He was Leading Comedian for J. C. Williamson Ltd., and was the first stage manager of the “St. James,” Sydney, where he was responsible for the production of “No No Nanette.” Mr. Jennings joined A.W.A. in 1936, and for a time ran community singing concerts four times weekly on Station 2CH, which was something of a record for a Broadcasting Station. Later Mr. Jennings took up duty at 2GN Goulburn in the capacity of Announcer. He was transferred to 2AY in March, 1939, and now occupies the position of a Senior Announcer on that station. George Jennings is an original Anzac, having been at Gallipoli with the 5th Field Ambulance, and was later in France with the 5th Pioneer Battalion.

MISS ANNE DEANE: Announcer. Joined A.W.A. during September, 1941, and was appointed 4CA Cairns, subsequently carried out announcing duties on 3BO Bendigo, 2GF Grafton and 2CH Sydney. During April, 1946, she took up duty at 2AY. Anne Deane is well known in Radio Circles, and has particular ability in organising Women’s Sessions.

C. D. YEO: Salesman and early morning announcer at 2AY. Joined A.W.A in 1937, when he was appointed to 4CA Cairns. Prior to that he spent several years in amateur theatricals and later used his abilities in the production of Radio Plays. Mr. Yeo joined the R.A.A.F. in 1941 and served 4½ years as Wireless Air Gunner in Catalinas and Martin Mariners. While in the Services he attained the rank of Flight Lieutenant. He was discharged during December, 1945, and after a short period as relieving announcer at 2CH was appointed to the announcing and selling staff of Station 2AY during March, 1946. 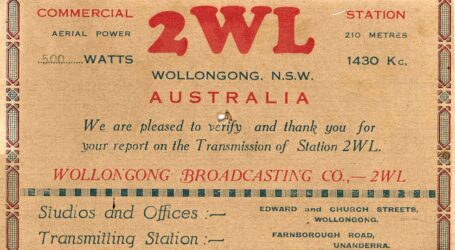 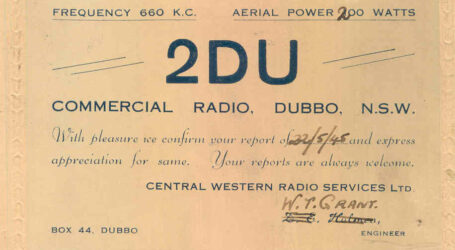