Mosquito Network in the French Pacific

In May 1943, a station was heard in New Zealand, identifying itself with the call letters FJP and broadcasting from Noumea, in the Free French Territory of New Caledonia. The frequency was 560 kHz. This station is believed to have ended broadcasts around June or July 1943.

Shortly afterwards, on September 9, 1943, a new station came on air. Known as All Services Radio it was operated by the International Red Cross for military personnel from the USA, Australia and New Zealand who were marshalling on Grande Terre in preparation for the island hopping campaign towards Japan.

The station broadcast on 960 kHz. Each day, between noon and 2pm, and again from 5pm-10pm, All Services Radio broadcast programs of the US Office of War Information (OWI). These programmes were received via shortwave relay. The station ended broadcasts in February 1944.

It was immediately replaced by a station operated by the American Expeditionary Forces and was identified simply as AEF. This soon changed to the American Entertainment Service, identifying as AES and using a frequency of 975 kHz with one of the more powerful 1000 watt transmitters obtained by the fledgling AFRS for use in the South Pacific and North Africa.

As Armed Forces Radio Service the station was allocated the callsign WVUS and established as the 3rd in a network of stations which became known as The Mosquito Network.

In late 1945, the studios were relocated from Noumea to the Tontouta airbase, about 45 minutes drive north of Noumea. In March 1946, WVUS ceased using the Mosquito Network as a station ID, and came under the management of the Army Airways Communications System (AACS).

WVUS ceased broadcasting on the evening of Saturday, June 15, 1946. Exactly one month later, the Tontouta airbase also closed down. This was the last remaining US base in the South Pacific outside American territory.

During the period April 1943 to August 1944, the New Zealand National Broadcasting Service stationed its Pacific Broadcasting Unit in Noumea.

Personal messages from NZ servicemen (50%) and talks of personal experiences from servicement, commentaries and recordings of various ceremonies (50%) were prepared and sent back to NZ for broadcast over the NBS network twice weekly in the programme With the Boys Overseas where it was enthusiastically received.

When the unit left Noumea in August 1944, all of its equipment was left behind, and donated to Radio Noumea.

Fungus was another serious problem. It not only grew in shoes, toes and crotches, it grew in equipment such as microphones. The ultimate in radio listening pleasure is not listening to a man scratching his fungus-filled crotch while being cheerful through a fungus-filled microphone.

The station manager at Noumea, reported back to AFRS that it was necessary to twice-daily blow out the fungus from the microphones with a bellows. He made no mention of how he solved the other fungus problems.

Fungus, along with frequent periods of 99.999% humidity, limited the useful life of radio receivers to about four months before their innards simply rotted away

Radios were already in short supply and were most often placed in the mess tent or other common areas so they could be enjoyed by the greatest number of troops.

It would be much later in the war, but the military eventually developed a radio receiver sprayed with plastic that was virtually waterproof.

You can read reviews of this book and buy from Amazon

The station at New Caledonia had a professional cast of players. Among them were Jack Paar and Jackie Cooper. Paar was later to do the ‘Tonight Show’ on television. Jackie Cooper was an actor best known for his childhood role in a move called ‘The Kid’.

WHA (Bill) Cole an engineering staff member was later renowned in Hollywood as the audio engineer on some well known radio and TV programs Another personality at Noumea was Bruce Collier from Chicago radio.

One of the best loved characters at the station was not a human, but a dog named Muck. A more famous pup was Satchmo Brown. Satchmo was fun because he liked to play football.

We had an old football with no bladder. It was stuffed with newspaper. When it was thrown in the air, he would catch the ball with his two front paws. He would put it down and pick it up by the lacing throng and bring it back.

You can read the full article at www.smecc.org and look at their photo library of WVUQ Espiritu Santos and other WWII Pacific area stations.

It cannot be said, however, that the day-to-day operation of the Mosquito Network is always free from troubles. There are some things in the South Pacific that no-one can reckon with.

Once, when AES Noumea had to broadcast an important ‘remote’, the engineers found that they could not run their own lines to the spot. They contacted the local French Telephone Company and asked to borrow one of its lines for an hour. Certainly, said the manager.

Everything was arranged and the program went to air with clockwork precision. But, in the middle of it, another voice, a woman’s voice, suddenly interrupted.

A French housewife was telephoning her order to the grocer.

I came across some of my old copies of notes taken when listening to DX and later used for sending reports away. Among them were the ones I logged when up in the Pacific during the war and written in pencil (no ballpoints in those days) on yellow teleprinter paper which I operated. There is even a stamp ‘RNZAF Cypher Office’.

Jack is one of the founders of the NZ Radio DX League, and is currently Patron of the club. 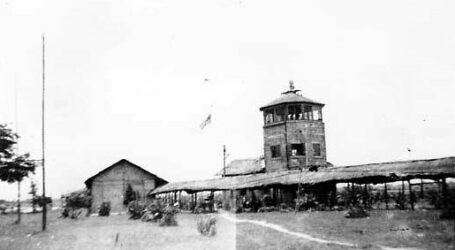