Easter Island is a rugged and fascinating island way out in the South Pacific Ocean. It has been isolated and lonely, and it is an island full of intriguing history and custom.

Easter Island was discovered on Easter Sunday 1722 by the Dutch explorer, Admiral Jacob Roggeveen, and thus its name. It is located in the Pacific 2000 miles from the west coast of South

America, and more than a thousand miles from its nearest inhabited neighbor, Pitcairn Island to the west, which is also isolated and lonely.

This dot in the ocean, Easter Island, is known as Rapa Nui in their own Polynesian language, and it is the top of an extinct volcano, which reaches a height of 1765 feet above sea level. The island itself is triangular in shape, 15 mile across and 11 miles wide.

The main claim to fame on Easter island is the huge assemblage of strange and somewhat grotesque statues. There are 887 of these monolithic statues, only a quarter of which have been erected at an ocean front location, though facing inland. Half of them still lie at the original volcanic quarry, and a quarter of them are sited at various locations, apparently somewhat en route to the ocean side.

The largest of these stone statues stands 32 feet tall and weighs 90 tons. Each of these statues was carved at a nearby volcanic quarry, and then transported to the new site near the ocean front. On site excavations indicate that as much as half of the total height of each statue is buried in the soil. Another intriguing mystery on Easter Island is the strange script, a strange writing, that was in use many generations ago, and which has still not been deciphered in modern times. Carved into wood, with a few carved into rocks as stone glyphs, this strange writing shows simple pictures of people, animals and geometric shapes.

When the first Europeans visited Easter Island three hundred years ago, it is estimated that the total population numbered as many as 3,000. The lowest population figure, just one hundred years later, stood at an actual count of just 111 people. These days, the total number of Easter Islanders, including those who have migrated elsewhere, stands at more than 10,000.

In 1888, South American Chile annexed Easter Island, though in 1937, Chile attempted to sell the island to Japan for use as a naval base. Around the same era, Chile offered the sale of Easter Island also to the United States, to England, as well as to Germany.

During World War 1, the German navy procured a large number of sheep from the island for use as navy food; and a German merchant cruiser the Prinz Eitel Friedrich, dropped a batch of French and English war prisoners onto the island. They were subsequently rescued by a Swedish commercial steamer.

However, due to the opening of conflict on the European mainland, the project was cancelled. If the expedition had achieved fruition, that would have been the first occasion for radio on Easter Island.

In 1966, the American Air Force established a top secret base on Easter Island. Subsequent information indicated that his base served three major purposes: Radio surveillance for the French atomic tests in the Pacific, as well as for Russian submarine activity, and as a possible back-up for rescuing American astronauts after a re-entry splash down in nearby Pacific areas.

However, shortwave communication with the United States was unavailable at night back then due to propagation conditions. The American Base on Easter Island was closed abruptly in November 1970, due to a decision on the part of the national government in Santiago, Chile.

These days, due to frequent passenger air flights between South America and Easter Island, this island is no longer inaccessible. As many as 100,000 tourists flock to Easter Island each year.

This feature was written by Adrian Peterson and originally aired on Adventist World Radio’s “Wavescan” DX program of July 4, 2021 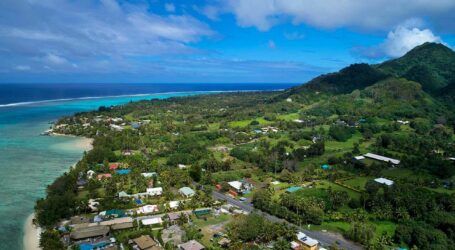 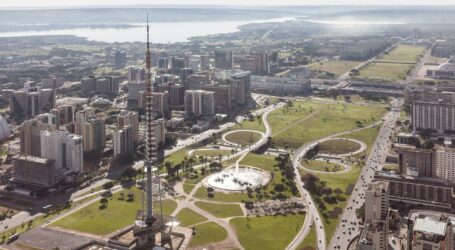