At the turn of the century 100 years ago, the United States had just emerged from a series of military excursions in the Caribbean & Central America as well as in the Pacific. In an endeavor to exert a wider international influence, it was decided to build up the navy and to send it on an extended tour of the seven seas.

Quite simultaneously, Marconi and a host of other experimenters were making rapid strides in the development of the new wireless apparatus, both in the Old World as well as in the New. Wireless was now enabling rapid communication from country to country and from ship to shore.

For a preliminary series of test transmissions, wireless apparatus was installed on two battleships, “Connecticut” and “Virginia”, and trials were conducted in September 1907 off the Atlantic Coast of the United States. These wireless communications were conducted successfully between the two battleships as well as with the land-based station CC on Cape Cod.

Altogether, 16 battleships and 4 destroyers, together with additional support ships, were assembled at the Brooklyn Navy Yard ready to make the 14 month tour around the world. All of the ships were newly painted a gleaming white and hence the flotllla became known as the “Great White Fleet”.

Each of these massive ships bore the name of an American state, except for one which was called the “Kearsarge”. Radio callsigns were allotted to each transmitter on each ship; some were just abbreviated initials such as GC on the “Georgia” whereas others were internationally accepted callsigns such as KSZ on the “Virginia”.

At Long Beach, a coastal suburb of Los Angeles, two ships from the “Great White Fleet”, were released and two came in as replacements. The battleships “Alabama” and “Maine” were released and they were replaced by the “Nebraska” and “Wisconsin”.

The next stage of the grand tour took the navy flotilla to Hawaii, then on to Auckland in New Zealand, across to Sydney in Australia, up to Japan via the Philippines, and then across to China, and around to Colombo in British Ceylon. The final stage of the tour took the largest convoy the world had ever seen to Aden and then into the Mediterranean and out across the Atlantic back home again. By the time this flotilla returned to the Brooklyn Navy Yards, 15 months had elapsed and it was now March in the year 1909.

Along the way, many goodwill wireless broadcasts were made, consisting of both speech and music It should be remembered that radio broadcasting on land had not yet begun and it was in fact still a dozen more years before radio broadcasting would be launched.

As the “Great White Fleet” proceeded around the world, many wireless broadcasts were made, to passing ships as well as to land based communities. The first series of major broadcasts was made to the combined navies of the United States and Brazil off the Atlantic Coast of South America.

On the Pacific side of the South American continent, another series of broadcasts was made to the combined fleets of Great Britain and Chile. While anchored at Long Beach in coastal California in April 1908, the “Ohio” made several broadcasts of music and speech.

As the flotilla made its way across the Pacific, several long distance broadcasts were made for the benefit of radio operators in Hawaii, Auckland and Sydney. Likewise, radio operators in the Philippines, Japan and China also heard a similar series of wireless broadcasts.

The historical rundown of the “Great White Fleet” informs us that additional wireless broadcasts were made for the benefit of professional and amateur radio operators in Colombo, Aden and Egypt, as well as to Greece, Turkey and Gibraltar.

When the “Great White Fleet” returned to the Brooklyn Navy Yards at the conclusion of this historic diplomatic and radio jaunt around the world, the entire assemblage of wireless apparatus was removed from all of the participating ships and placed into storage. Thus concluded a milestone event, not only in the history of the sea, but also in the history of radio, an event that is seldom chronicled in the pages of the modern radio historian. 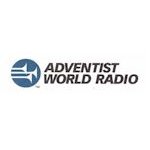