The Mosquito Network! What an intriguing name. Where do you think that you would find a radio network with the name “Mosquito Network”? Some people would suggest, this has to be in Central America.

The mosquito is an infamous little insect that is noted for its painful sting when it bites, and for the deadly diseases that it transfers from one person to another. There are more than 2,500 different types of mosquito and biologists cluster them together in 100 “genus” groups. Mosquitoes are found in all parts of the world, even in the Arctic areas. The name “mosquito” is the diminutive form of the Spanish word “mosca” and means “little fly”.

The Mosquito Indians live along the Atlantic coast of Honduras and Nicaragua and still speak their own language to this day They were named because they lived in an area that was heavily infested with mosquitoes.

However the Mosquito Radio Network was not established in Central America but rather in the steamy jungles on islands in the South Pacific. This is the story.

Towards the end of the Pacific War, the Americans established a whole series of entertainment AFRS radio stations throughout all of these areas for the purpose of broadcasting news and information to service personnel. The first of these radio broadcasting stations in the South Pacific was located on the island of Guadalcanal in the Solomon Islands.

This AFRS station, under the American callsign WVUQ, grew into quite a substantial unit, with 1 kW output on the mediumwave channel 690 kHz. Because if its size, and in honor of its location and its status, station WVUQ became the key station in the Mosquito Network.

However, even though ultimately 8 stations were classified as member stations in the Mosquito Network, yet they took no regional relay from the key station. This was an organizational and geographic network, not a programming relay network. All programming was produced locally or taken on relay from shortwave stations in the United States and Australia.

It is now more than 50 years since these temporary and at times mobile stations were on the air in the islands of the South Pacific. The Mosquito Network has long since gone, and in some areas, so have the mosquitoes.

All that lives on now regarding this unique radio network are the entries in radio magazines at the time, and the QSL cards and letters that were issued to listeners, mainly in Australia & New Zealand.

In recent time, two experienced international radio monitors in New Zealand, Paul Ormandy & David Ricquish, have begun to assemble information regarding the Mosquito Network and other similar networks throughout the Pacific and into Asia. If any of our listeners can provide more information on these topics then you can make contact with us at Wavescan, or with them direct. 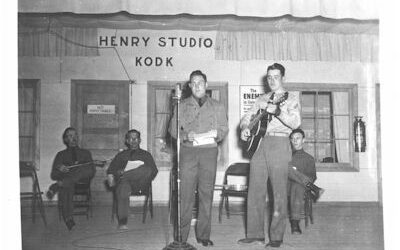 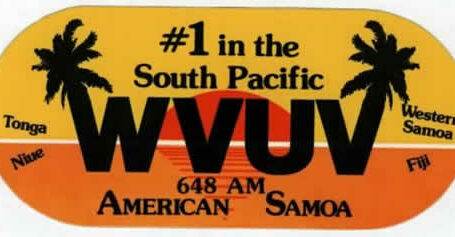