In October 1932, American radio station KSL installed a new 50 kW mediumwave transmitter at a new transmitter site at Saltair, some 14 miles west of Salt Lake City.  That new 50 kW transmitter was a Western Electric model 7A.

However, give another 8 years (1940), and KSL built a new transmitter building on the same property at Saltair, and they procured another 50 kW transmitter from the same manufacturer, Western Electric.  This new transmitter was identified as Model WE 407A, with the WE standing for Western Electric, and the designation 407A standing for the model number 7A, in the year 1940.  The old WE7A from 1932 was removed from service by KSL.

However, this eight year old 50 kW transmitter was taken over by OWI, the Office of War Information in the United States and it was installed on board a ship intended for service in European waters during World War 2.  Under the name Project Phoenix, a 45 year old Italian made ship (not Greek) named the Triton Maris was modified for use as a mobile radio broadcasting station, and the ex-KSL transmitter was installed.

However, there was a delay in the deployment of this radio broadcasting ship to European waters, due to naval apprehension that this slow moving vessel could become a liability in any active theatre of war.  General Douglas MacArthur grasped the opportunity and instead ordered its deployment in the Pacific.

At the end of February, in the New Year 1945, the Triton Maris was moved to the coastal waters off the recently liberated island of Saipan.  The first broadcast from this new location, as monitored in New Zealand, was on March 4 (1945), and the callsign at this stage still remained KRHO.  Programming was again taken off air from shortwave KRHO in Hawaii.

However, in June the transmitter was removed from the ship Triton Maris and re-installed at Tanapag on Saipan Island.  At this stage, a new callsign was employed for that now landbased mediumwave relay station, the now familiar KSAI.

Mediumwave radio station KSAI was located on Saipan in a set of quonset huts, which was also the location of the AFRS mediumwave station WXLD.  KSAI was on the air on Saipan until the middle of the year 1946, when, according to some reports, it was simply abandoned.

However, that is not the case.  VOA documents show that the transmitter was subsequently removed from Saipan and re-installed in the Philippines at a new VOA transmitter site at Malolos.  This now historic mediumwave transmitter that had functioned under the callsigns KSL, KRHO and KSAI was inaugurated at its new location as VOA Manila A on March 7, 1948.  By now, that 16 year old Western Electric 7A transmitter, still rated at 50 kW, was noted on 920 kHz with programming directed towards Asia.

Malolos is almost a coastal city some 25 mile north of Manila, and it is almost a suburb of MetroManila, with a population of 1 quarter million inhabitants.  Malolos is a city of tourist interest, particularly in regard to its historic backgrounds.

An agreement between the Philippines and the United States for the establishment of a Voice of America relay station at Malolos was signed on September 4, 1947.  This new VOA station would be installed in a leased building at the Bulacan Trade School, an open field area, together with four subsidiary buildings.

A photograph of the main building as printed in the American radio journal Radio News shows that one section of the main building had just a single level, and another part was at two storeys.  A shielded receiver station was installed into a Quonset Hut on the same property.

Four radio transmitters were installed into that new VOA relay station, together with a bevy of shortwave antennas:

The first test broadcasts on shortwave 11840 kHz were noted in Australia on September 1, 1947, and regular programming began ten days later, on September 11.  The 50 kW mediumwave transmitter was activated on 920 kHz during the following year on March 7, 1948.  The programming feed was generally a relay on shortwave from the Hawaiian VOA station KRHO.

At the same time as VOA was on the air from the new Malolos station, so also was PBS, the Philippine Broadcasting System with its own programming.  The Malolos station was identified on air as KZFM for the PBS programming, and as the Voice of America for VOA programming.  On January 1 of the following year (1949), the American callsign KZFM was amended to the new Philippine sequence as DZFM.

The Malolos VOA relay station was planned for interim usage only, while construction work at two new and very large relay stations in the Philippines was underway at Poro and Tinang.  The Poro station was activated in 1954, though Malolos was still retained for continued on air service.

However the VOA usage of the 50 kW mediumwave unit on 920 kHz was not terminated until June 30, 1967, more than 10 years after the superpower one megawatt transmitter at Poro was taken into service.  Quite often both mediumwave transmitters carried the same programming, though the 50 kW at Malolos was intended for local coverage of the Philippines, and the one megawatt at Poro was intended for international coverage into Asia.  When the new VOA relay station at Tinang was activated in 1969, the VOA usage of the Malolos relay station was closed, and the station was taken over completely by PBS under a new callsign DZRP.

Initially, a few QSL letters were sent out from the VOA relay station itself in Malolos, though regular VOA QSL cards were readily available from VOA headquarters in Washington DC.  The interim and temporary VOA Malolos was on the air for a period of 21 years, stretching from 1948 to 1969.

This feature was written by Adrian Peterson and originally aired on Adventist World Radio’s “Wavescan” DX program of March 13, 2022 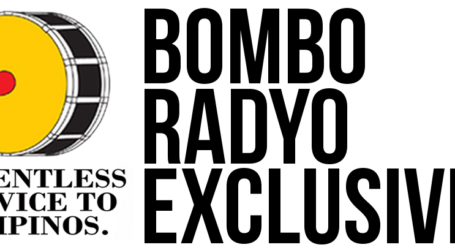