When it was constructed in 1970, the mediumwave and shortwave station of All India Radio at Leh in Kashmir was listed as the World’s Highest Radio Station, and it has survived, fire, flood and snow during its half century history. As Jose Jacob VU2JOS in Hyderabad India informs us, AIR Radio Kashmir Leh recently celebrated its Golden Jubilee, its 50th anniversary, on Friday June 25 (2021).

The regional city of Leh is the capital city of Ladakh, a Union Territory located in the extreme north of India, and its height in the Himalaya foothills has been measured at an official 11,562 feet, considerably more than two miles above sea level. The town of Leh is situated on a plateau in a picturesque mountain valley and it has a population of 30,000, most of whom are ethnically a Tibetan people.

The studios for the original mediumwave radio station in Leh were housed in a wooden building, with a separate building at another location for the transmitters. The official inauguration as Radio Kashmir Leh was conducted on June 25, 1971, also a Friday, and the station began a regular programming schedule the following day.

This station was launched with 10 kW on the standard 10 kHz spacing at 1050 kHz in 1971. However twelve years later, on September 24, 1983, the frequency was modified to 1053 kHz, in accord with new international radio regulations.

During the year 1990, a 10 kW NEC shortwave transmitter made in Japan, Model HFB840, was co-installed with the mediumwave unit. This transmitter has ever operated on only two frequencies, 4760 kHz (night) and 6000 kHz (day). However five years ago it was noted for one day only on 4740 kHz, which was obviously an operator error.

Ten years ago, consideration was given to the installation of a 50 kW shortwave transmitter at Leh, though this suggested project was never implemented. However instead, the power level on mediumwave was increased from 10 kW to 20 kW.

In 2002, the studio building was completely demolished by a fire that destroyed the electronic equipment, all of the locally recorded Ladakhi music programming, and all of their important paper documents. However, with hastily assembled temporary equipment, the station soon returned to the air with the use of the same 10 kW transmitter some 7 miles distant on 1053 kHz.

However two years later again on August 7, 2010, a sudden cloudburst over Leh resulted in considerable damage in the town, with the death of more than 100 people, 200 listed as missing, and 300 injured. The local hospital was badly damaged, and there was damage to public buildings and private houses as well.

The transmitter building is located on the northern edge of the town of Choglamsar, some seven miles due south of Leh, and water and mud slushes entered the building causing some damage to the electronic systems. The station was off the air for a few days, and the AIR station at Srinagar broadcast special news bulletins for the people resident in Leh during that time.

Currently, AIR Leh is on the air with three different transmitters; mediumwave and shortwave run in parallel, and FM takes a relay from Delhi. The three transmitters are configured as follows:

In addition AIR Leh now operates an uplink FM program service for downlink relay to 5 FM stations in Kashmir and Ladakh. The program link from the studios in Leh to the transmitters at Choglamsar is via an FM yagi antenna on the roof of the studio building.

OK, now that was the story of the world’s highest radio station, AIR Leh at more than two miles high, and they celebrated their 50th anniversary just two months back.

A New Radio Station at an even Higher Altitude

OK, now that was the story of the world’s highest radio station, AIR Leh in far northern India. However there is an interesting postscript to that story.

In November 2019, less than two years ago, two additional downlink FM stations were installed at two different locations, one in Kashmir and one in Ladakh, both of which were described as high powered. The Kashmiri station was installed at Uri and it operates with just 100 watts on 100.1 MHz.

The Ladakh station was installed at Himbotingla and it contains two FM transmitters at 10 kW each on 101.7 MHz. This station is partly solar powered.

This feature was written by Adrian Peterson and originally aired on Adventist World Radio’s “Wavescan” DX program of August 15, 2021 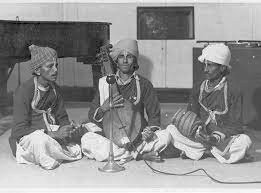 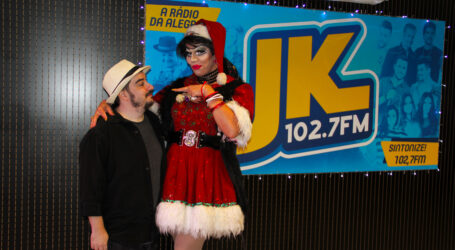