As we mentioned here in Wavescan three weeks back, the Voice of America VOA radio station at Poro was the third VOA base in the Philippines and in reality, it was four radio stations combined at the one location.  Today’s topic is the story of their two shortwave stations at Poro Point, 150 miles north of Manila the national capital.

The Poro radio stations were constructed on 200 acres at the Wallace Air Force Base, at Poro Point on Poro Island.  The original complement of shortwave transmitters was made up of six transmitters:-

All of the antenna systems, 15 in total, were simple and economic diamond shaped rhombics pointed towards Asia.  The station used commercially available electricity, with emergency power generators that could power some of their equipment, though not all.

International radio monitors noted that the first 35 kW transmitter was on the air with test broadcasts in November 1953, and it was taken into regular service three months later in February of the following year (1954).  All of the additional shortwave transmitters were subsequently installed and activated progressively.

However on September 16, 1991, the Wallace Air Force Base was deeded over to the Philippine government with the inevitable result that VOA Poro would one day be closed.  Six years later, in April 1997, the Philippine government issued their declaration, that Poro should be closed, just one month later, by the end of May (1997).  Plans were underway for the development of Poro Point as a major tourist destination.

However by special arrangement, the life of those same six shortwave transmitters was extended by more than two years, and the final on air date was September 30, 1999.  The superpowered megawatt mediumwave transmitter though was permitted to continue in service for another 14 years.  The shortwave antenna systems were demolished in 2004.

There was another shortwave facility installed at Poro, and that was a portable unit that had been in temporary usage at the VOA station in Liberia, Africa.  That VOA transportable station was composed of three 50 kW Gates transmitters from Quincy in Illinois.  In VOA scheduling the Poro transportable transmitters were identified with the symbol PHPX.

The site for all four of the Poro Point VOA relay stations (two super power mediumwave transmitters, together with the fixed and portable shortwave stations), can be found quite readily on Google Earth.  The two mediumwave station locations and their antenna systems are shown, together with the adjoining shortwave facility which is shown as a floor plan. The Google Earth view seems to be a strange combination of two different satellite views, one from 1985 and the other from a more recent though undated view.

The usage of the portable PHPX at Poro also ended on September 30, 1999.  That left just one VOA shortwave base remaining in the Philippines, and that was the large shortwave station at Tinang.  That is another story for another day.

This feature was written by Adrian Peterson and originally aired on Adventist World Radio’s “Wavescan” DX program of May 1, 2022 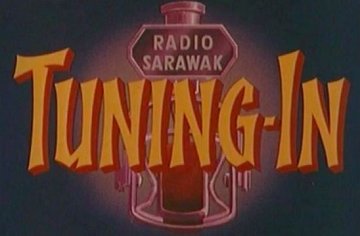 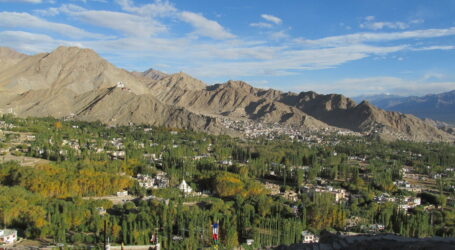