Located at the northern tip on the island of Borneo is the territory known as Sabah. This geographic entity is a state of Malaysia and it occupies an area of 29,000 square miles with a population something over one million people. The capital city, known in earlier years as Jesselton, was renamed Kota Kinabalu in 1968.

Back one thousand years ago, tribal groups were already settled in many areas of Borneo, and European explorers began to visit the area in the 1500s. In the mid 1800s, the British took over the coastal areas of north Borneo, and on January 1. 1942, Japanese forces landed on Labuan island off the coast of Sabah. For a period of more than four years, the island was known as Pulau Maida, in honor of the local Japanese commander. Australian forces landed on Pulau Maida on June 5, 1945, and soon took over the mainland areas of Sabah also. Sabah became the eastern-most state of Malaysia on September 16, 1983.

The story of radio broadcasting in Sabah goes back to the early days of wireless transmission, in the 1920s and 1930s, when two stations were installed, VCK on Labuan Island and VQA at Jesselton. Interestingly, more events in radio history occurred on the small and beautiful, touristy island of Labuan than in the larger territory of Sabah itself. So, let’s take a look at these historic events as they transpired on Labuan Island.

Remarkable as it may seem, a total of six radio broadcasting stations were on the air on the island of Labuan in the short span of just two years. Mobile forces of the Australian army landed on Labuan on June 5, 1945 and just six days later, an army photographer took a series of black & white photographs of what was described as a broadcasting station. Obviously, because of the short time span, this had to be an installation that was abandoned by the Japanese. This is indeed a tantalizing news item. There are no known DX reports anywhere in the world that indicate that the Japanese were on the air from a broadcasting station located in North Borneo. We could ask the question: Was this station then a program broadcasting station, or in reality a station used for the broadcast of communication information to Japanese personnel throughout the area?

Now, just two or three weeks later, an Australian soldier in North Borneo reported to a radio magazine in Melbourne Victoria that he heard on local mediumwave a relay broadcast from the American shortwave station KROJ in California. A correlation of the specific dates assures us that this mediumwave relay of an American shortwave program took place more than three months before the arrival of mobile radio stations from Australia. Could we speculate then that radio personnel in the Australian army on Labuan began to experiment with the Japanese radio station and made a few test broadcasts on mediumwave using a shortwave receiver as a program source?

To add to this intriguing story, we find next, that a month or two later, an Australian soldier stationed in North Borneo visited a broadcasting station that was identified on air as JL2, apparently located on Labuan Island. He stated that the equipment was totally Japanese and that it was a neat operation. Maybe station JL2 was a subsequent usage of the same facility that was photographed by the Australian photographer.

The output power at station JL2 was 50 watts, and the antenna is described as a 100 ft wire, which fits the antenna system as shown in the black & white photograph. This station was heard in North Borneo, the Philippines and New Guinea on a shortwave channel given as 42 metres.

The broadcasting service from station JL2 was followed by Radio Labuan, a 500 watt shortwave station operating from a three ton army truck. This new Radio Labuan began service on October 1, 1945 and it was on the air for a period of six weeks. It is suggested that this was an army communication facility that was taken over for a program broadcasting service. The shortwave transmitter was an American-made Halicrafters model BC610 fed into a half wave center-fed Zeppelin tuned to a 7 MHz channel.

Shortwave Radio Labuan was followed briefly by an AAAS station, unidentified at the time, but operating on 980 kHz. It is presumed that this was the 10 watt Australian mobile station 9AP which was known to be in the area at the time.

Next came another mobile AAAS station, 9AF, which was transported from Sydney Harbour on the American navy vessel, USS “Henry Rice”, and delivered to Tarakan in Borneo and then apparently driven overland and ultimately delivered to Labuan Island in October. However, simultaneously, a specific radio building was under construction on Labuan Island and the electronic equipment from the three 3 ton trucks was installed into the more spacious building. This rather substantial radio station was inaugurated on November 8, 1945, and it was on the air for approximately five months.

Around November 1946, the noted Arne Skoog in Sweden heard a station that he identified as Radio Labuan on the unusual channel 2995 kHz. Nothing more is known about this station, and it could have been the first harmonic from a mediumwave unit on 1497.5 kHz, or a fundamental emission from an army communication station in the 100 metre band.

That’s the end of the story about radio broadcasting on Labuan Island, Sabah, North Borneo, until the more recent era when Radio Malaysia established local relay stations on this notable tourist island. So, let’s go across the waterways to the mainland area of Jesselton or Kota Kinabalu itself, the modern and progressive state capital of the Malaysian state of Sabah. As mentioned earlier, there was a spark wireless station, VQA, on the air for Morse Code communication with Singapore back in the 1920s and 1930s.

Next comes the story of regular radio broadcasting in Jesselton which began in 1952 with an experimental program service from the 250 watt shortwave communication station VS4S. Temporary studios were installed on Bruce Hill, the antenna was a folded dipole a quarter wavelength above ground, and programming consisted mainly of news and announcements.

It was announced in 1952 that a new shortwave station was under installation near Jesselton and it was officially inaugurated in November 1955 with 5 kW under the regular callsign VQA.

Some eleven years later, a new studio building was erected for Radio Sabah on Tuaran Road. This was at about the same time as the Federation of Malaysia was formed and the British colony of Sabah became the eastern-most state of Malaysia. The name of the state capital, Jesselton, was changed to Kota Kinabalu, in honor of the high mountain nearby, five years after federation.

This original shortwave transmitter at Jesselton – Kota Kinabalu was rated at 5 kW and it was in general broadcast usage for a period of nearly twenty years on two major channels, 4970 kHz and 5980 kHz.

However, in 1969, a new radio base was established at Laya Laya, near Kota Kinabalu, and two new 10 kW shortwave transmitters were installed. This new facility was officially inaugurated on May 1, 1971.

These two NEC shortwave transmitters from Japan were in constant usage for many years, and apparently one gave out half a dozen years ago, and the other just more recently. The last known logging of Radio Malaysia Sabah on shortwave occurred on September 27, 2003 when an Australian monitor, Craig Seager, heard the station and made the observation that this station “was not often heard”.

However, in spite of the fact that this lonely shortwave station does seem to be off the air these days, yet the two shortwave channels, 4970 kHz & 5980 kHz, have been registered for use by Radio Malaysia in Kota Kinabalu in more recent time. It is probable that their nationwide mediumwave and FM networks, together with the high powered 700 kW mediumwave transmitter on 1475 kHz, now give adequate radio coverage throughout Sabah.

Back during the era when Sabah was active on shortwave, QSL cards were issued, both by the original Radio Sabah, and subsequently by Radio Malaysia Sabah.

Read this column with appendices and additional material from Wavescan Sunday December 31, 2006: 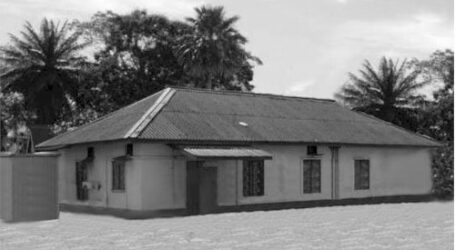