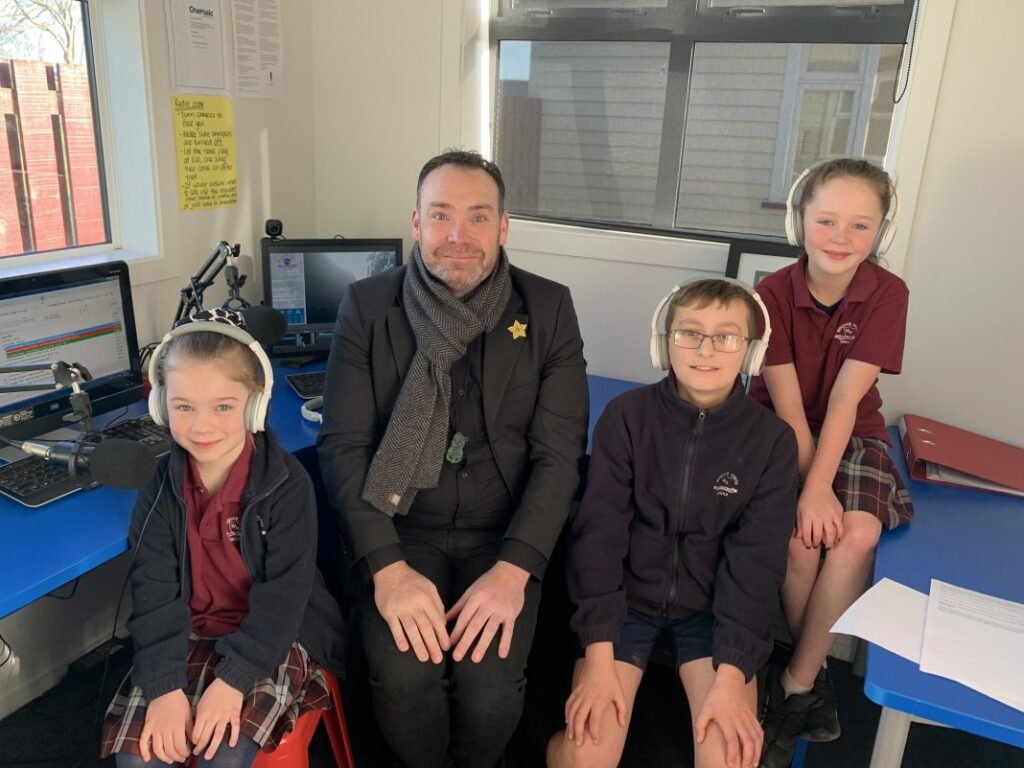 “People would think being on the radio is really hard but it’s actually really easy,” pupil Kenley Robb (9) said.

From life as an artist to conservation, community work, and plans to open a Foveaux Radio Station and gallery in Bluff, the pupils asked Mr Hall about his eventful career.

“I wanted to inspire the kids by getting them to meet someone they could look up to, it’s the main reason I do a lot of the things I do,” Mr Hall said.

Windsor North School teacher Matt Murray said he had “played around with the idea” to start a pupil-led radio station towards the end of last year.

Now running five days a week out of a classroom studio, about three pupils at a time osted morning shows before school, and three lunchtime shows a week, he said.

“It’s about helping kids become more confident in and outside of the classroom.”

About 30 pupils over the past year had been taught interviewing, broadcasting, and technology skills through the radio station initiative, he said.

“It’s really to give the kids something positive to focus on.”

While the radio crew had started out with basic equipment, they were very grateful for the support of the Invercargill Licensing Trust which made donations to get them “up and running”, Mr Murray said.To watch the livestream, go to mixer.com/wnsradio.

This material remains © Allied Press Limited and is only to be used for non-commercial personal or research use. Any other use requires permission of the copyright holder.