In the Year of 1947 I was serving in the United States Army posted to the Army of Occupation in Japan. I was stationed at Shonan Tomioka about 30 miles south of Yokohama in a former Japanese seaplane base, which had been made into the Headquarters and Battalion Barracks for the 753rd AAA Gun Battallion.

The events which I am about to relate took place on a Saturday night in late July or early August in 1947, to the best of my recollection.

In the early evening, after a hot muggy day, at about 7:00 PM, a group of my fellow soldiers and I were listening to a music program broadcast from the Armed Forces Radio Station, WVTR Tokyo.

For the next three hours, until lights-out, we listened with fascination as the program was repeatedly interrupted by news flashes which eventually included on the scene “live” reports with audio of the most amazing account of destruction, mayhem, gun fire, cannon shots, burning buildings, Army mobilization and an unknown “Beast from the Sea”, roaring in the background.

The first interuption occured as I said about 7:00PM with a report that some fishing boats were missing at sea, but near the coast, off a small fishing village south of Yokosuka on the western shore of Tokyo Bay.

A short time later a report of a village destroyed in that area was given. Followed by phoned in reports from eye witnesses claiming to have seen a huge “sea monster” moving inland and north up the coast.

So, with brief moments of music interrupted by news breaks, we were informed of a relentless beast, bent on destruction, moving north, up the coast toward Tokyo. With, eventually, Army Units called to the scene where they cornered the beast. Which they then proceeded to attack with cannon fire, rifles being inneffective.

The report which continued at a frantic pace, included harrowing rescues and escapes, remote radio links, movement of Heavy Weapons and Tanks and all of the stuff of which the truly epic stories are made. Accompanied by the terrifying screams, roars and shrieks of both the beast and the panic stricken populace. As well as the gun fire and bullhorns of the protectors.

The authors of this masterpiece made a serious mistake in all of their meticulous planning. It was reported later, by rumor, that the family of the commanding General of the Eighth Army, (General Eichleburger), was vacationing at a resort that was in the northward path of the “Monster”.

It was rumored that General Eichleburger was not amused. General MacArthur was probably not amused either.

As lights-out time arrived, the “Beast” was still at large, unsubdued.

The next day we waited for a final report, to no avail. All we ever heard, by the grapevine, was that a Sergeant and a Corporal had been arrested and relieved of duty at the radio station.

We never saw a report in “Stars and Stripes”, the official newspaper of the Occupation Force.

Thus the heroes of the hour, were deprived of undying fame as the inventers of “Godzilla”. And the world is left with the false impression that the Japanese invented him.

As for the facts of the case:
The details are generally true as I have related them.
I know for sure that it happened and maybe there are others who remember as well.
I know it happened in the summer of 1947.
I think the radio station was called WVTR. It was the Armed Services Radio out of Tokyo, Japan in 1947 .
This report is true to the best of my knowledge.
I have never in the intervening years heard any mention of this event. I think it deserves to be brought to light as a curiosity if nothing else.

Footnote:I find it amusing that the concept of the “Japanese Sea Monster” which has been elaborated so effectively by the Japanese Movie Industry was probably conceived by some hapless non coms at WVTR in 1947.

So I ask you: have you heard of this incident in your research. If so I would dearly like to have a reference to the material, if at all possible.

Shonan Tomioka was just a stop on the railroad, no real community in 1947, just a train platform with the camp entrance across the blacktop highway to the north of the platform. Through a road tunnel to the west were a few beer bars and a house or two. Yokosuka was to the south. Who knows how it looks now. The railroad line wound generally west past the camp and then followed the coast west around to the north to Yokohama. The Battalion was on the south side of the eastern approach to Yokohama across water.

The camp had been a Japanese Seaplane Base. It was occupied by the U.S. Eighth Army, 753rd AAA Gun Battallion, an Anti Aircraft Artillery Unit with 120mm AAA Guns.

I did a search to find a modern map of the area and found nothing recorded for Shonan Tomioka, in fact Yokohama was not mentioned. The whole area from north of Tokyo to almost Yokosuka was referred to as Tokyo. I need to do a more serious search.

I remember this event quite clearly. I was stationed at WVTR in 1946 and part of 1947. Shortly after I was dischared in April of 1947, there was an article in the local newpaper with the story. One on the characters responsible was Art Bartick and his sidekick from the Records section of the station. The Officer in charge when I left was Capt James B Teer.

I was stationed at Yokohama in the 347 Harborcraft co.We were in the harbor patrol group.we had a new Co at the time,although He didn`t stay long after that.He had us on standby and fully armed on all our patrol boats,He was going to send us after the monster.

I have been looking for people that were on the north dock from 1945 to 1948,and were in our group,But to no avail.I would like to find anyone that has any pictures of any of the patrol,or fire boats,or anyone in that group that I can e mail or talk to.
Wallace Covington 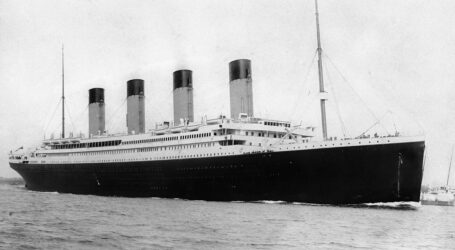